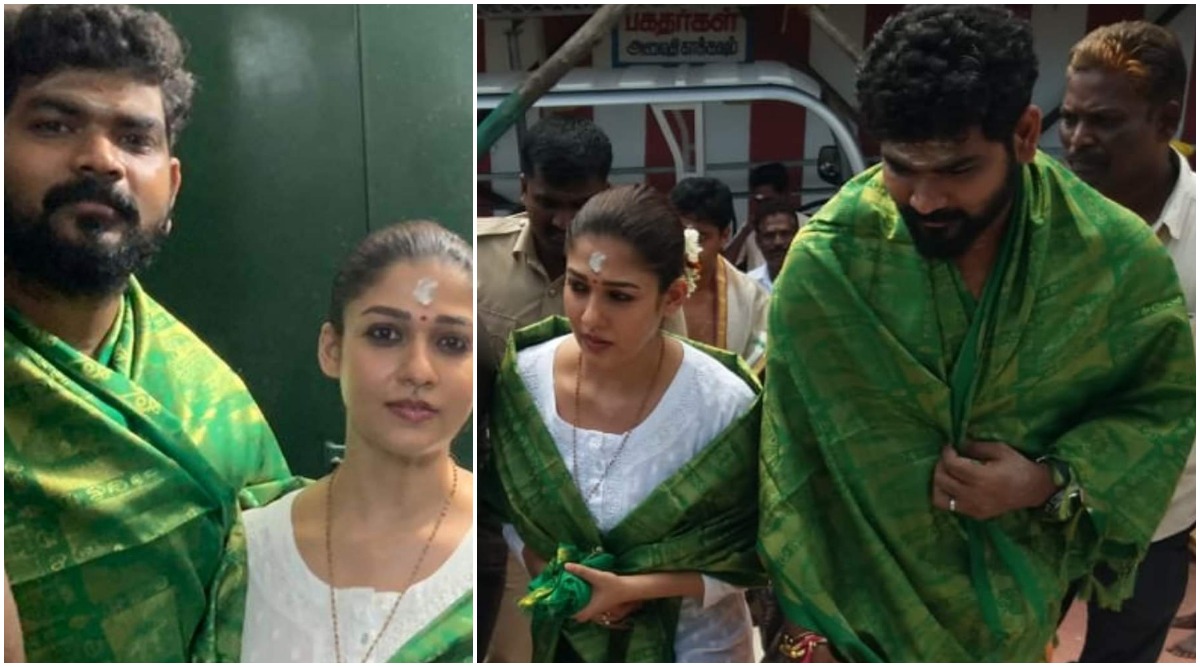 Nayanthara and Vignesh Shivan met each other on the sets of Naanum Rowdydhaan. It has been four years since the two have been dating each other. Pics of the two have taken the internet by storm whenever Vignesh has shared it on Instagram. The recent pics of the lovebirds that are doing rounds on social media are the ones that from Kanyakumari. The two were seen visiting temples in Kanyakumari. These Pics of Lady Superstar Nayanthara with Beau Vignesh Shivan Will Make You Say, ‘Made For Each Other’.

Nayanthara has started to shoot for the upcoming flick Mookuthi Amman. The film is helmed by debutant director RJ Balaji along with NJ Saravanan. It will also feature the former as the lead actor in this movie. When the makers released the first look of the film, it did highlight the image of Amman Goddess in the backdrop. Nayanthara and Vignesh Shivan visited the Bagavathi Amman Temple in Kanyakumari for the puja ceremony. It was on the auspicious occasion of Thirukarthigai (festival of lights observed by Hindus of Tamil Nadu, Sri Lanka and Kerala) the two visited the temple to seek blessings from the Almighty. Nayanthara’s Next Film Netrikann to Be Bankrolled by Beau Vignesh Shivan.

The Couple With Priests

Pic of Nayanthara and Vignesh Shivan while offering their prayers at Kanyakumari Bhagavathi Amman temple ahead of kick starting her portions shoot for #MookuthiAmman movie co-starring RJ Balaji in lead role. pic.twitter.com/iZvHxTaq0M

Mookuthi Amman will be produced by Ishari Ganesh under the banner of Vels Film International. The film is scheduled to be released in summer next year. There are numerous other pics of Nayanthara and Vignesh Shivan that have been shared by fan clubs. In those pics the duo is seen visiting Madurai Temple. Besides Mookuthi Amman, Nayanthara has also collaborated with beau Vignesh for Netrikann that would be produced by him.