Major is based on the life of Major Sandeep Unnikrishnan, the decorated NSG Commando who perished while saving dozens during the 26/11 Mumbai attacks. The unveiling of the trailer is scheduled for May 9. 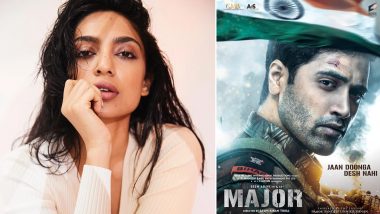 Mumbai, May 7: Actress Sobhita Dhulipala won't attend the trailer launch of her upcoming film Major as she is currently busy shooting for another film. Major is based on the life of Major Sandeep Unnikrishnan, the decorated NSG Commando who perished while saving dozens during the 26/11 Mumbai attacks. Major: Trailer Of Adivi Sesh, Sobhita Dhulipala, Saiee Manjrekar’s Film To Be Out On May 9! Check Out The Announcement Video.

The unveiling of the trailer is scheduled for May 9. Taking to social media, Sobhita said: "Major is a film we worked hard on and with immense passion! The trailer drops on the 9th and I cannot wait for everyone to watch it. So thrilled!

"It's a pity I won't be able to make it to the unveiling in Hyderabad because of prior shoot commitments. My heart is going to be split between two places that day!! Irrespective, big hearty hug to the media for showing such love to our trailer in private viewings this week." 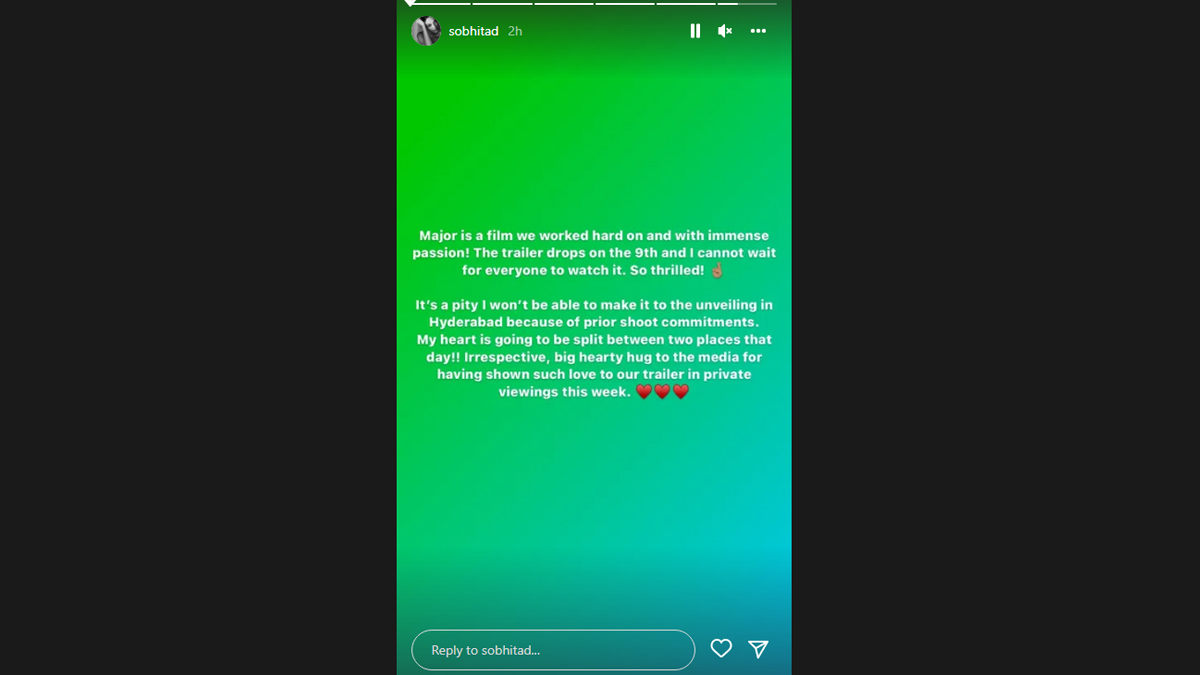 Meanwhile, on the work front, Shobita has an interesting line-up which includes a sequel to Made In Heaven, The Night Manager, a Hollywood film Monkey Man and Maniratnam's Ponniyin Selvan.

(The above story first appeared on LatestLY on May 07, 2022 05:53 PM IST. For more news and updates on politics, world, sports, entertainment and lifestyle, log on to our website latestly.com).