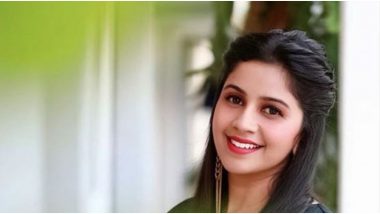 Although Anushree had consistently denied having received any summons, sources in Mangaluru police strongly contested this claim. Mangaluru, a coastal town 351 kms from state capital Bengaluru, is not only a popular tourist destination but also an education and IT hub.

The senior police officer asserted that a team of police officers had already left Mangaluru for Bengaluru to hand over the summons personally to Anushree. Bollywood Drug Probe: Deepika Padukone to Join NCB Investigation Tomorrow.

Mangaluru police who have dug deep into the alleged drug case involving, famous choreographer, Kishore Shetty, has already made some progress by arresting his associate Aska originally hailing from Nagaland but now based in Dakshin Kannada, and his close aide, Tarun two days ago.

The police claimed that Aska, an employee of a spa in the city, who allegedly partied with Shetty, was arrested later.

Based on their inputs, the Mangaluru police have reportedly summoned Anushri.

The police added that Tarun was arrested after a drug test which proved positive, they said.

While a notice was issued to Anushree via WhatsApp, a police team has already left for Bengaluru to hand over the notice in person, the sources said.

Shetty and his aide Aqeel Nausheel were arrested on September 19 on charges of drug consumption and peddling.

(The above story first appeared on LatestLY on Sep 24, 2020 10:59 PM IST. For more news and updates on politics, world, sports, entertainment and lifestyle, log on to our website latestly.com).