Sunil Grover Talks About His Struggles in the Industry, Says ‘I Have Been Replaced on Shows and Of Course, It Hurts’

Sunil Grover opens up about his struggles in the world of lights, camera and action. Check it out. 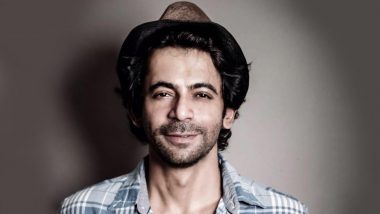 Television, as well as film star Sunil Grover, is a prominent name in the showbiz. The actor gained immense popularity for portraying the hilarious character of Gutthi on Comedy Nights With Kapil. Apart from this, he has also been part of many TV shows and Bollywood films. Baaghi (2016), Pataakha (2018), and Bharat (2019) are the name of a few movies Sunil has been part of. Now, in an interview with Hindustan Times, Grover opened up about his struggles in the world of lights, camera and action. Talking about the same, he confessed that in the entertainment world, trying hard is the key to success and also believes that talent does gets noticed. Sunil Grover and Shilpa Shinde to Return to Television With New Show Comedy Stars (Deets Inside).

Sunil Grover said, “Bollywood isn’t a dark world. I haven’t experienced anything wrong here. This industry gives you the chance to prove yourself and make a mark. If you have talent, you will find your niche."

Later, he talked about his struggles in the industry and added, “In the beginning, maine bahut dhakke khaaye, which is natural as a newbie has to learn the ways of a profession. I have been disappointed so many times. Yes, there were times jab main bhi shows pe replace hua hoon and of course, it hurt. It made me sad, but I have learnt that one has to keep trying. Maybe, those people felt that they could get someone who was more commercially viable. Luck matters here. But yeh darindo ki industry nahin hai." Kapil Sharma Wishes Sunil Grover 'Lots Of Love' On His Birthday! (View Tweet).

“No one forces anyone to join the industry but if you do, you have to go through the grind. I feel horrible for the people who have had harsh experiences in the industry,” he concluded. FYI, Sunil Grover will soon be back with a brand new comedy show titled as Gangs of Filmistan. Stay tuned!

(The above story first appeared on LatestLY on Aug 10, 2020 09:39 AM IST. For more news and updates on politics, world, sports, entertainment and lifestyle, log on to our website latestly.com).

Comments
Tags:
Comedy Nights With Kapil Gangs of Filmistan Nepotism nepotism in Bollywood Sunil Grover
Comments
You might also like