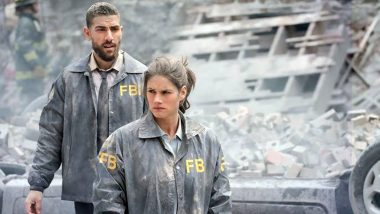 The tragic school shooting in Uvalde, Texas on Tuesday has led to the pulling of the season finale of FBI. The episode titled Prodigal Son hits close to the news given that it involves the team preventing a school shooting, reports Deadline. The official synopsis of the fourth-season finale accessed by Deadline, written by showrunner Rick Eid and directed by Alex Chapple reads, "As the team investigates a deadly robbery that garnered a cache of automatic weapons for the killers, they discover one of the perps is a classmate of Jubal's son, who is reluctant to cooperate with the case." Texas School Shooting: First Four Victims Killed at Robb Elementary School Identified.

In its place, the television network CBS will air the rerun of the season's 12th episode, which originally aired in February. Deadline further states that as of now, the network is just pulling the original FBI, rather than FBI: Most Wanted or FBI: International, which also have their season finales tonight FBI follows a New York-based unit of special agents who bring to bear all their talents, intellect and technical expertise on major cases in order to keep New York and the country safe. Texas School Shooting: Warriors Coach Steve Kerr Slams Lack of Gun Control in Emotional Speech (Watch Video).

(The above story first appeared on LatestLY on May 25, 2022 04:58 PM IST. For more news and updates on politics, world, sports, entertainment and lifestyle, log on to our website latestly.com).