Actor Chandan Roy Sanyal has started shooting for Prakash Jha's Aashram Season 2 in Jaipur. He will be stationed in the Pink City for a month-long schedule. 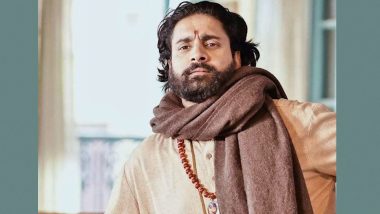 Actor Chandan Roy Sanyal has started shooting for Prakash Jha's Aashram Season 2 in Jaipur. He will be stationed in the Pink City for a month-long schedule. In the first season of the Prakash Jha directorial 'Aashram', Chandan played 'Bhopa Swami', who is the right-hand man of a self-styled godman called Kashipur waale 'Baba Nirmal' (played by Bobby Deol), whose Aashram is a front for crimes. In the crime series, Chandan is a mercenary who silences his detractors in a matter-of-fact way. Bobby Deol Wins Best Actor OTT Star for ‘Aashram’ at 27th Lions Gold Awards 2021.

Chandan says: "'Aashram' marked a turning point in the trajectory of my career. It gave me a special identity as an actor. The production team is taking all the necessary precautions and the love for making content people will love is palpable during the shoot. Revisiting 'Bhopa Swami' is very exciting for me because this season is all about new twists." Aashram Season 2: Adhyayan Suman Says He Has Recorded His Own Songs for the Role of a Rockstar in Bobby Deol’s Web Show.

(The above story first appeared on LatestLY on Sep 14, 2021 05:03 PM IST. For more news and updates on politics, world, sports, entertainment and lifestyle, log on to our website latestly.com).