Actress Nilu Kohli on Resuming Shoot Amid COVID-19 Lockdown: Feels Like I Am Making My Debut 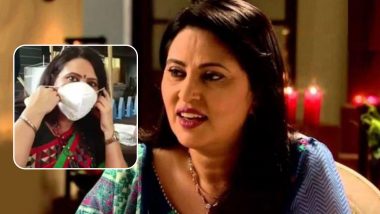 Actress Nilu Kohli is back on sets after a break of over three months. She feels like she is making her debut again. "I have resumed shoot. I'm shooting for a comedy show which I love doing the most. Making people laugh gives me peace. Today, I feel like I am making my acting debut once again," she said. Nilu had made her acting debut in 2002 with the popular TV show "Bhabhi". Paatal Lok Actress Anindita Bose Opens Up About Beginning Her Acting Career in Kolkata Despite Being From Mumbai

"It's stressful and scary in these Covid-19 times and at times, I feel like I can't do it. I don't want to take a risk but each day there is a little voice from inside which encourages me to do it. So, I gather all my strength and forget weakness. I'm focusing on joy about shooting and forgetting the pain of risking like a corona frontline warrior," she said.

(The above story first appeared on LatestLY on Jul 14, 2020 06:43 PM IST. For more news and updates on politics, world, sports, entertainment and lifestyle, log on to our website latestly.com).