Beyhadh to Return With Its Second Season but Kushal Tandon Won’t Be Part of Jennifer Winget’s Show? Deets Inside 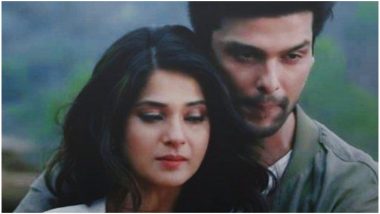 Jennifer Winget and Kushal Tandon's popular drama Beyhadh, that went off air in 2017, was one of the popular shows on Sony TV. The show saw Jennifer's comeback to the small screen in a never-seen-before avatar, where she  played a character (of Maya Mehrotra) that had distinct shades of grey, while it also starrer Kushal Tandon (Arjun Sharma) and Aneri Vajani (Sanjh Mathur) in the lead roles. Beyhadh was a hit, but ended soon as it was a finite series, that revolved around Maya (Jennifer) and her obsession with Arjun (Kushal). But when Maya and Arjun's obsessive love story came to an end and the show went off air, fans kept requesting the makers to bring a second season of the show. ‘Beyhadh’ Fame Piyush Sahdev’s Estranged Wife Akangsha Rawat Opens Up On Domestic Violence Case and Impending Divorce!

Well, there's a good news for Beyhadh fans. It is being said that the makers of Beyhadh are coming up with Season 2. Yes, you read that right. According to a report in an entertainment portal, Beyhadh Season 2 is all set to go on floors and will premiere by April. If the reports are anything to go by, fans can rejoice as Jenny, who wowed us with her brilliant performance in season 1, will return once again to win our hearts with her new style and performance.

Oh wait! Apparently, Jennifer will be part of the show, but Kushal is in no mood to do the show! Yes, when BollywoodLife spoke to Kushal, the actor revealed that he is not interested in being a part of the second installment of the show. Kushal told the website, "I have not heard anything about it. I am hearing about it from you. Honestly, I have done the show and enjoyed it immensely. I would like to take up something that's different."

However, nothing has been officially confirmed about the second installment of Beyhadh series by the makers yet. But at a recent awards ceremony, Jennifer was asked about the show's return with the second season, the actress didn't deny it but asked to wait for it patiently. Watch this space for further updates.

(The above story first appeared on LatestLY on Mar 29, 2019 04:33 PM IST. For more news and updates on politics, world, sports, entertainment and lifestyle, log on to our website latestly.com).