Bigg Boss 13: Gauahar Khan Comes Out in Support of Shehnaaz Gill, Advises Her to ‘Wake Up’ and Have Some ‘Self-Respect’ 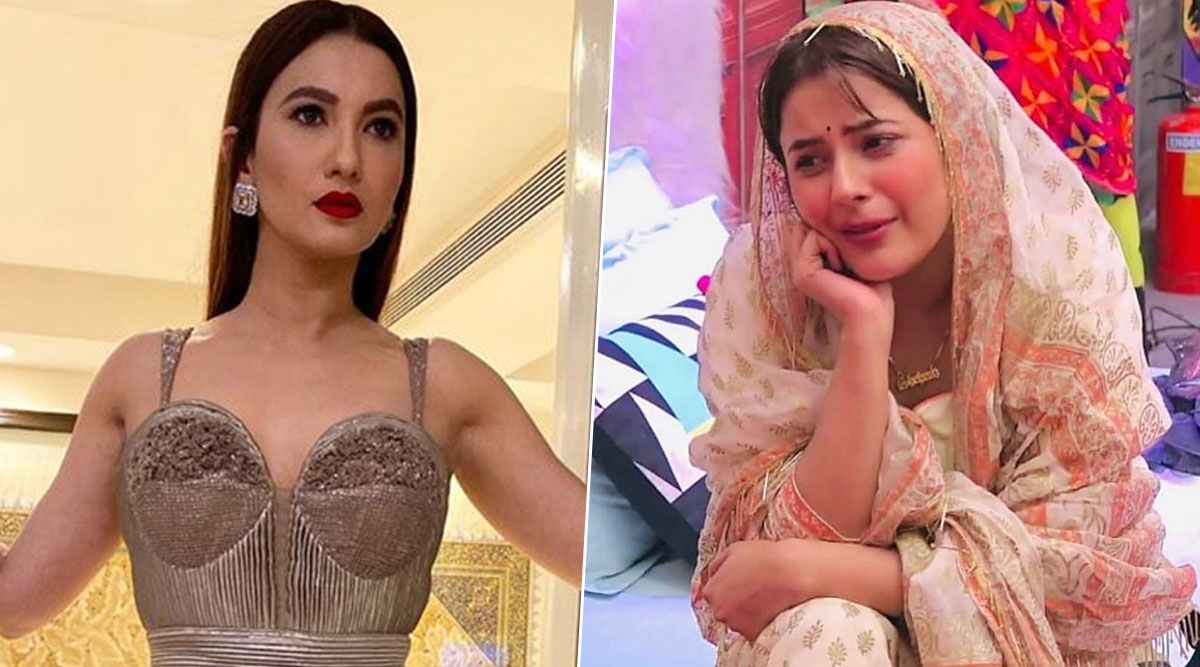 One of the most admired contestants on Bigg Bos 13 is without a second thought, Shehnaaz Gill. Her cute antics might be annoying to a few sections of fans, but at the same time, she is loved for being a crazy head. Gill's on-off chemistry with Sidharth Shukla is something all crave for and the two are fondly tagged as #SidNaaz by fans. All that being said, in recent episodes, we've seen how Sid and Sana have officially broken up their pyaar bhara relationship. It was Shukla who decided that he and Shehnaaz can't be pals anymore. Inspite this, Sana is in no mood to calm down and has been urging Shukla to talk to her. Bigg Boss 13: Kartik Aaryan Fulfills Shehnaaz Gill’s Demand, Uploads a Masterpiece Sketched by the Punjab Ki Katrina Kaif on His Instagram (View Pic).

Well, this particular convincing game of the Punjab ki Katrina Kaif has not gone down well with former winner, Gauahar Khan. Taking to her social media, the actress has advised Shehnaaz to have some self-respect and wake up. For the unversed, even after Shukla not willing to converse, Shehnaaz is seen roaming around the lad for attention. Gauahar who follows the show regularly has come out in support of Gill and we do think she is right here. Bigg Boss 13: Asim Riaz To Star Opposite Sunny Leone in a Bollywood Flick? Deets Inside.