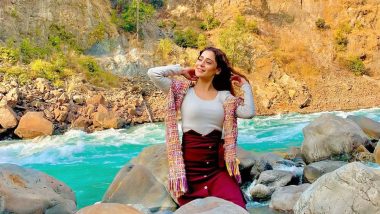 "My character Anahita is the soul of Kumar's character. Whenever he makes a mistake, she reprimands him. She is his best friend. Whenever he is in trouble, he consults with her. Whenever she is in trouble, she talks to him. Through this film we want to highlight the biased attitude of the society towards women," said Sara. Bidaai Fame Sara Khan Opens Up On Her Lip Filler Surgery Gone Wrong and How She Dealt With Being Trolled!

(The above story first appeared on LatestLY on Mar 04, 2021 01:52 PM IST. For more news and updates on politics, world, sports, entertainment and lifestyle, log on to our website latestly.com).