Karan Johar is ready to do father roles and Ekta Kapoor has a perfect offer for him in her Star Plus daily soap, Kasautii Zindagi Kay. Read. 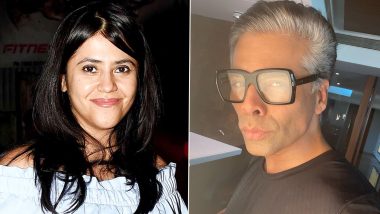 Karan Johar has been making his fans giggle and laugh amid the lockdown, courtesy his Instagram wall. Be it his posts featuring Yash and Roohi to just sharing updates from his daily quarantine life, Karan knows exactly how to attract fans attention. Recently, the filmmaker posted a photo mocking himself which saw his salt and pepper look on display. Along with the pic, he also made fun of his acting career and requested risk-taking directors that he is open to doing father roles in movies. Well, this particular post of KJo garnered a lot of response from fans and celebs. However, it was Ekta Kapoor's comment on the photo which ticked our funny bone. Karan Johar Flaunts His Grey Hair amid Lockdown and Varun Dhawan Is in Love with KJo’s New Look (Watch Video).

The TV queen was quick to revert and replied onto the Kuch Kuch Hota Hai director's pic with an offer. Kapoor offered Karan the role of Prerna's hubby Mr Rishah Bajaj on her daily soap Kasautii Zindagi Kay 2. "I have a daily soap! Rishab bajaj has white hair n is hot !!!! N. We always do face swaps! Pls, come on tv!!!!! We r v easy to please here!!!,” she commented. Hilarious and how! Currently, the role of Mr Bajaj is played by hottie Karan Singh Grover. Karan Johar is Embarrassed During Lockdown As Yash and Roohi Put His 'S*x and Magic' on Display (Watch Video).

I know my acting stint was scarier than the current virus but there is no harm in hoping for a second chance! So to all enterprising casting directors ,to all risk taking filmmakers , to critics with a high threshold of pain and to easy to please audiences I have an announcement to make!!!! I AM AVAILABLE FOR FATHER ROLES! ( at 48 with a poor track record I promise i can’t afford to be choosy) 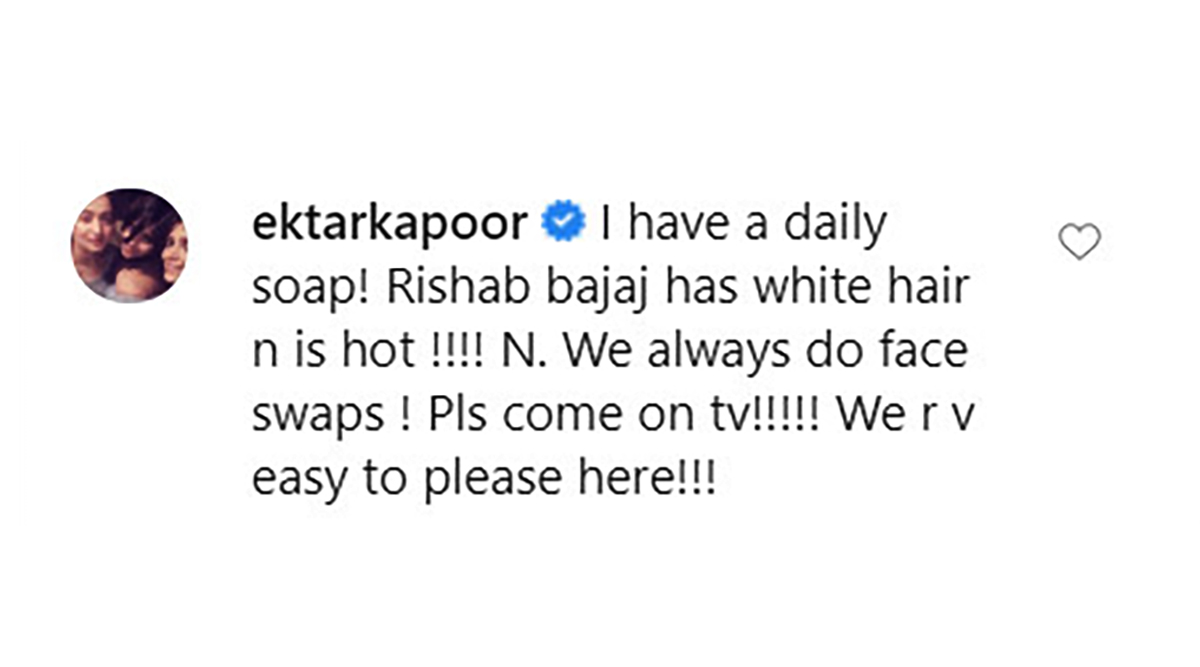 Well, we wonder what would be Karan's reply to Ekta's offer? Even Farha Khan replied to the pic and said, "Ul be more high maintenance than the heroine!!" LOL!" We are really loving the popularity mister Johar's black and the grey post has received. Meanwhile, Karan was recently part of a fundraising initiative which was a live-concert with some well-known names performing from the industry. The aim of this one was to collect moolah for the ones in need amid the coronavirus pandemic. Stay tuned!

(The above story first appeared on LatestLY on May 06, 2020 02:40 PM IST. For more news and updates on politics, world, sports, entertainment and lifestyle, log on to our website latestly.com).