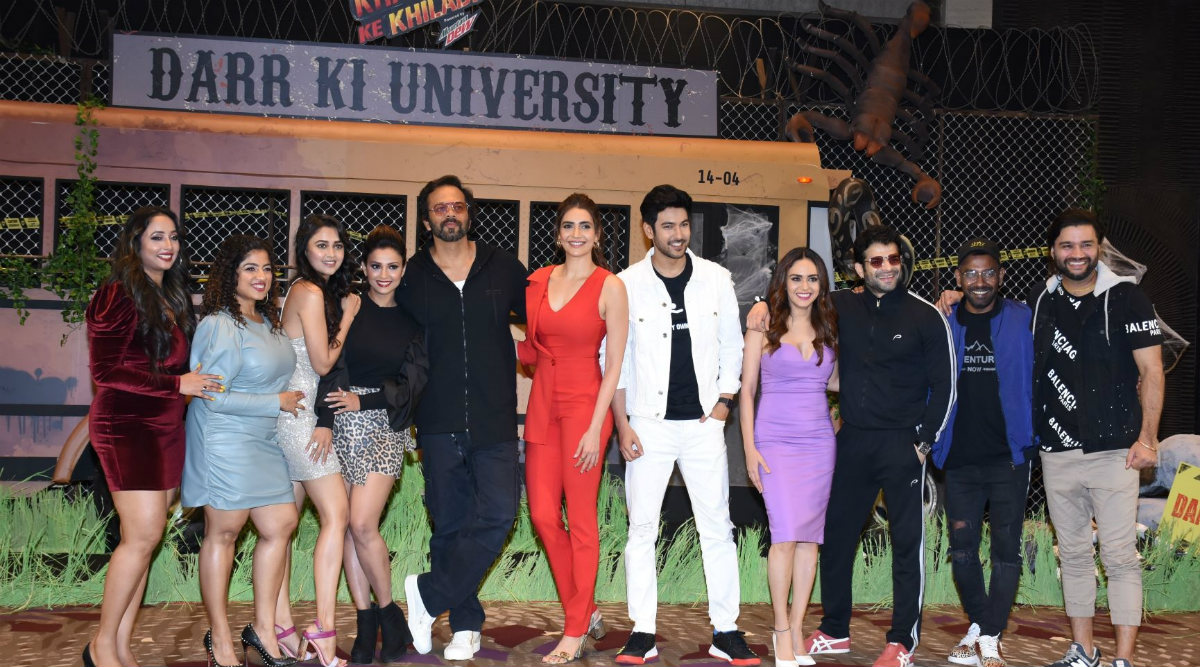 Mumbai, February 18: Filmmaker Rohit Shetty has returned as the host of a new season of "Fear Factor Khatron Ke Khiladi", and this time he will be known as Professor of Darr Ki University, as thrills and adventures take over Bulgarian boulevards

The buzzword this season is "Darr lega class, dega traas", as the contestants ward off deadly animals and poisonous insects, and tackle dangerous stunts on cars and bikes.

"The idea of fear seldom puts us on a backfoot but on 'Khatron Ke Khiladi', it is definitely not an option. This is my fifth year of association with the show and my job is to push the contestants, which I have always done, to face their phobias head-on and explore their true potential. Even the breathtaking views of Bulgaria will fail to ease out the pain when the contestants' endurance and mental strength will be put to test," said Rohit Shetty, at the launch of the show in Mumbai on Monday.

For the first time, contestants will be seen performing stunts on a moving train, which has been specially designed by Rohit Shetty. Each episode will have a mix of thrilling acts including an aerial stunt performed on a chopper. Along with performing adrenaline rushing stunts, the contestants will also be seen having their share of fun. Be it Karan and Amruta breaking into "Chaiyya chaiyya" on a moving train, or Tejasswi trying to talk to a ravenous crocodile, or Karishma falling in love with a Gorilla, there is excitement galore on India's largest stunt-based reality show this time.

The new season of the show will start from February 22, and air every Saturday and Sunday at 9 pm on Colors channel.

"Our constant effort to innovate and experiment with content in reality space has led Colors to become the pioneers in the genre. 'Khatron Ke Khiladi' is one of our distinguished properties that has consistently raised the bar of entertainment and keep the interest of viewers intact. After delivering a record-breaking season last year, we are set to roll out the new edition of the show that will thrill viewers while testing the stamina and nerves of the contestants. The show will take the baton forward from Bigg Boss, our highest-rated non-fiction property and we are confident that the new season will keep the audience on the edge of their seats," said Nina Elavia Jaipuria, head, Hindi Mass Entertainment and Kids TV Network, Viacom18.

The show is produced by Endemol Shine India. Said Abhishek Rege, CEO, Endemol Shine India: "Thrill and adventure put together always makes for a great entertainment proposition and 'Khatron Ke Khiladi' provides you just that. The show has successfully grown over the years to become our biggest action-based property while amping up the energy and action. Rohit Shetty is tantamount to an action guru and with every season, he has reinvented himself to take the show to the next level. We hope to keep up the same momentum as the new season is packed with edgy and high-intensity stunts."