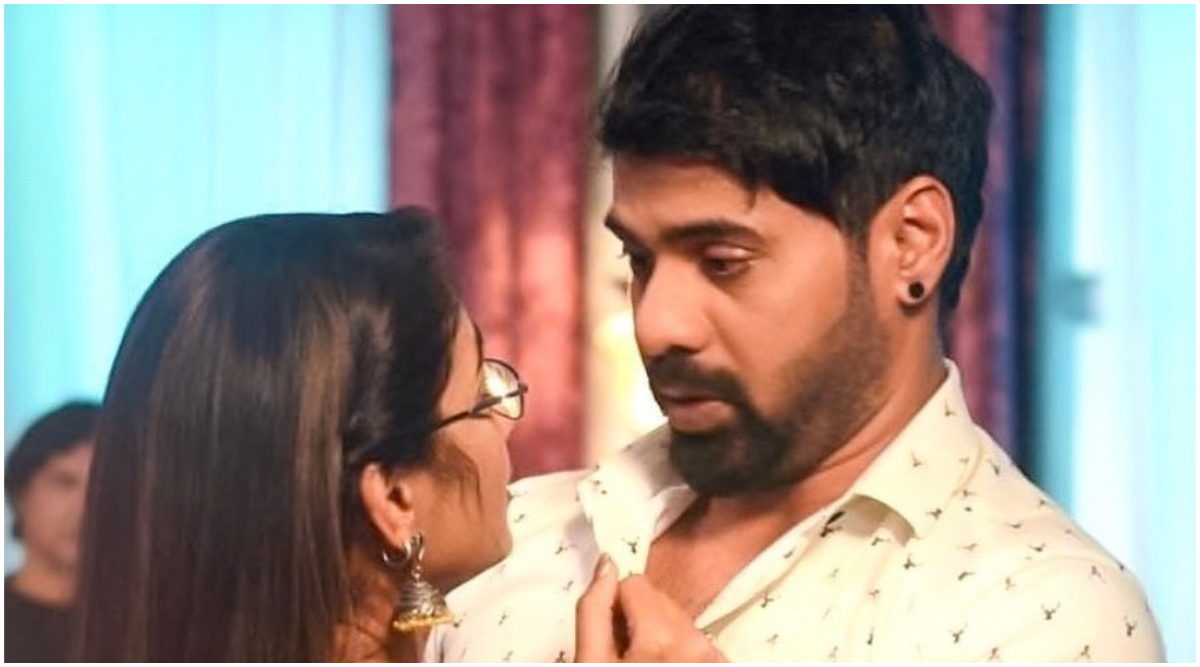 In yesterday’s episode of Kumkum Bhagya, Ranbir keeps following Prachi, during the Lohri celebrations. Rhea gets upset and tells Aaliya that she has lost Ranbir to Prachi. Aaliya tells her that she has a new plan and will help her win the love of her life, Ranbir, back.  Meanwhile, Meera unknowingly ends up confessing to Pragya, that she is in love with someone. Pragya sees Abhi at the venue and thinks, he must have come for a performance. Kumkum Bhagya January 15, 2020, Written Update Full Episode: After Prachi, Rhea Decides to Malign Ranbir’s Character with Aaliya’s Help.

In tonight’s episode, Abhi (Shabir Ahluwalia) and Purab are shown talking about Meera. Abhi says she sometimes behaves weird. Purab asks Abhi to not fire Meera, as he has already tried to do it several times. Abhi says he won’t do anything like that now, and back in the day, whenever Rhea would cry, he’d get mad at Meera. He now only wants Rhea to get married and then he will focus on his own love story. Aaliya and Rhea discuss the plan to falsely accuse Ranbir of molestation. Aaliya tells Rhea that she won’t let anyone who tries to cross her brother Abhi, and niece Rhea, be happy in life. She tells Rhea that once Prachi’s trust in Ranbir is shaken, Rhea should support him and try to make him realize, that she will always be there for him.

Ranbir is super nervous. He asks Aryan why he can never speak in front of Prachi. Ranbir thinks of talking to Vikram about his love life. He asks Aryan to get Vikram outside, so they can speak to him alone.

Abhi and Pragya (Sriti Jha) are passing by, and sense each other’s presence. Abhi asks Pragya if she was trying to avoid him and that if she is upset with him. Abhi complains to Pragya, saying that because he is a bad boy, she shifted her house. Pragya clarifies that the place where he went to visit her, is not her home, she was temporarily staying there. Purab watches Abhi and Pragya having an argument and decides to intervene. He asks Abhi to come on the dance floor and show his moves. Abhi blames Pragya again, saying that Purab always sides with her. He goes on the stage to roll out performances, in all his ‘Rockstar Abhi’ glory. While Abhi and Pragya steal glances, Meera imagines herself dancing with Abhi. Abhi asks Pragya to join him for a dance, and Aaliya gets furious watching them together.

Abhi and Pragya are happily dancing in each other’s arms. However, while dancing, she gets injured. Abhi lifts her up and takes her to a room to make her rest well. Ranbir reconsiders his decision of confronting his father, Vikram. But Aryan seems to have already told Vikram, that Ranbir is in love with someone. Ranbir thinks that Vikram might tell Prachi and she will turn him down without even a proposal. Ranbir lies to Vikram, saying that his friend is the one in love, and asks for a solution to woo a girl. Vikram tries to get the girl’s name revealed by Ranbir. Ranbir realizes Vikram is trying to trick him into telling him about the girl, that he is in love with. He makes an excuse and escapes.

Maya arrives at the venue for Lohri celebrations. Aaliya introduces her to Rhea. Aaliya explains to Maya, that she has to fake a molestation charge against Ranbir and make it seem genuine. Maya asks for a drug that can make someone unconscious. Maya asks Rhea the reason why she is doing this, and the latter reprimands her and asks her to stay out of her personal matters. Aaliya asks Maya to stay within her limits and do the job she is being paid for.

In the precap, Abhi and Pragya spend quality time with each other.