Alankrita Shrivastava who is gearing up for anthology web series Modern Love Mumbai - an Indian adaptation of Modern Love - recently opened up on the thought behind the title of her segment My beautiful wrinkles. 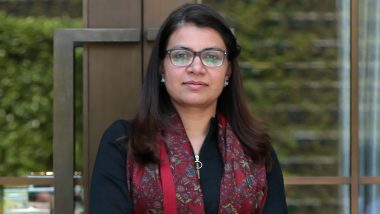 Talking about the directorial 'My Beautiful Wrinkles' Alankrita, who has earlier directed 'Lipstick Under My Burkha', said, "It was very instinctive because of what story tells about the character Dilbar, where we need to sometimes remind ourselves that it doesn't matter what age we are but life is still beautiful, and the character also rediscovers herself in a certain way which changes a lot of things around so I feel it was the best title we could ever give." Modern Love Mumbai Trailer: Amazon Prime’s New Anthology Show Brings Six Different Love Stories from Six Acclaimed Directors (Watch Video).

The series, which premieres on Prime Video on May 13, is a revamped version of love stories that describe the true and timely anecdotes of real human connection. It brings together six storytellers, who will narrate six distinctive stories which will unfold to the audiences in different moods.

(The above story first appeared on LatestLY on May 11, 2022 07:46 PM IST. For more news and updates on politics, world, sports, entertainment and lifestyle, log on to our website latestly.com).