Mujhse Shaadi Karoge Winner Aanchal Khurana On Paras Chhabra - Mahira Sharma’s Bond 'If They Plan to Be Together, I Will Be The Happiest' 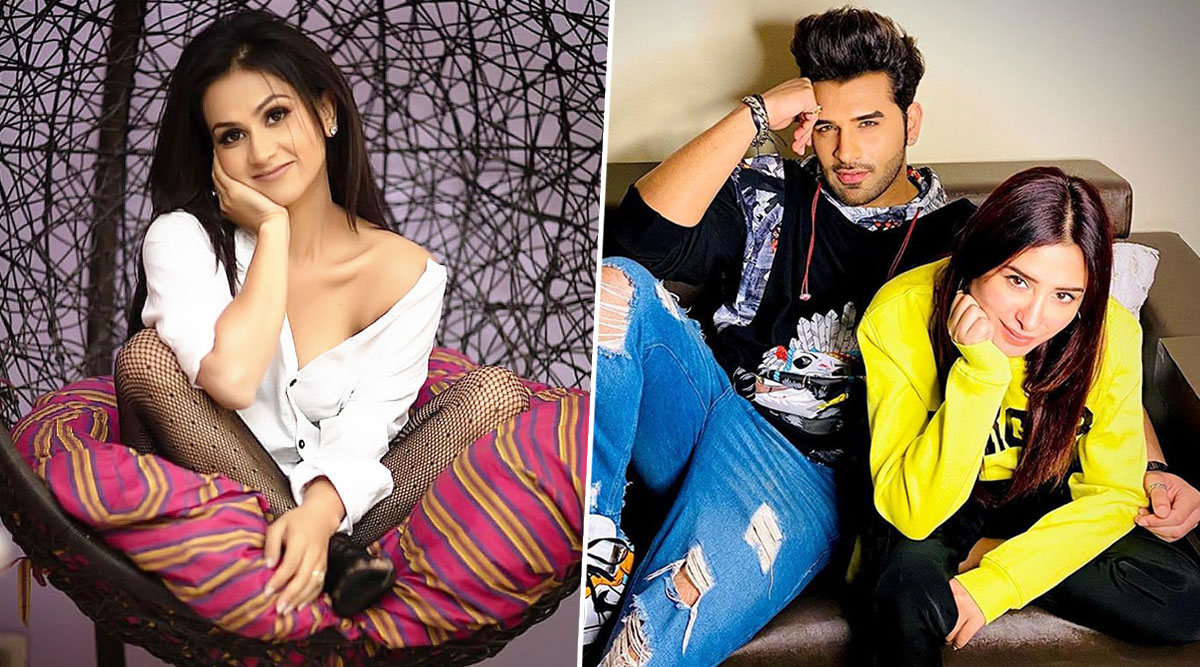 Bigg Boss 13 contestants Paras Chhabra and Shehnaaz Gill’s tryst with finding their respective life partners on national television with Mujhse Shaadi Karoge ended abruptly, all thanks to the duo's lingering connections to their Bigg Boss 13 besties Mahira Sharma and Sidharth Shukla. In fact, a number of times, the participants of MSK were seen discussing how they were unable to strike a bond with Paras and Shehnaaz because of Mahira and Sidharth. With everything falling apart, along with the added mix that was the Coronavirus, the show came to an abrupt halt. Mujhse Shaadi Karoge Winner Aanchal Khurana Denies Being in a Relationship with Paras Chhabra, Says the Show Was More like Bigg Boss and Splitsvilla Combined Together.

Last week, we had reported about how when Shehnaaz was asked to choose a boy from her suitors, she refused to pick one saying she was unsuccessful in bonding with anyone. She was asked to leave the house and it was Paras' turn. He, however, chose wildcard entrant and Roadies 8 winner Aanchal Khurana as his ideal match and the air stepped put of the house together. Mujhse Shaadi Karoge: Shehnaaz Gill Asked to Leave The Show, Paras Chhabra Picks Wildcard Entrant Aanchal Khurana As The Winner.

And now, in a chat with Times of India, Aanchal revealed that she never felt threatened by Paras' affections for Mahira Sharma like the other girls in the house did, In fact. the MSK winner is all for partying with PaHira once she returns to Mumbai. "All the girls from the show were insecure of Paras and Mahira Sharma’s bond. In fact, once Navdeesh and I were having a conversation and when someone said that should Mahira be called in the house all the girls straight away said no. I said why not, she should definitely come," said Aanchal.

She continued, "The show is all about connection and if Mahira and Paras share that kind of connection then they should be together. I told them I am not insecure about Mahira and I find her really sweet. Probably, I would have also started bonding with Mahira. But never mind I will definitely meet her once I am back in Mumbai. The girls were busy making connections with everyone Paras, Balraj, Mayur that was wrong I felt, they were there for Paras. That guy has always been very vocal about his bond with Mahira and if tomorrow they plan to be together also I will be the happiest one." Mujhse Shaadi Karoge: Paras Chhabra Opens Up On His Feud With Jay Bhanushali, Says 'Sometimes What You See and Hear is Not The Complete Story' (Watch Video).

As for her bond with Paras, Aanchal had a very practical answer for it, "We are in touch with each other. In fact he called me an hour ago to check on my health. He will be my friend forever but we are not rushing towards anything. It’s not like we have now met on the show so we will get engaged next and then get married. We are going by the flow and we have not thought about anything. We have known each other for 10 days and I don’t think the span of 10 days is enough to decide our future together. He is a very good guy. I have told him the first thing I am going to do whenever I return to Mumbai is to party with him and Mahira. We three will be chilling together whenever we meet," Aanchal concluded.