Sanjivani 2: Surbhi Chandna aka Dr Ishani Confirms the Show Will End in March 2020

Sanjivani to go off air in the second week of March 2020. 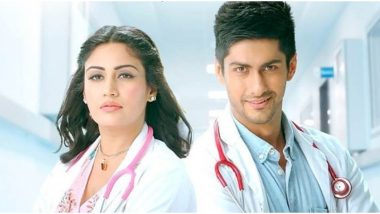 Sanjivani 2 to go off air in March 2020 (Photo Credits: Instagram)

All the Sanjivani fans out there here's a sad piece of news that may just shatter your heart into million pieces. While we heard stories about the show going off-air this year, none of the rumours were able to get our attention until Surbhi Chandna decided to confirm it herself. The Ishqbaaz actress in her recent conversation with Bombay Times broke the big news and we are currently trying hard to hold our emotions. Earlier the show's actors like Mohnish Bahl and Rohit Roy had exited the show after they felt that their track wasn't satisfying enough. Yo Or Hell No! Surbhi Chandna in Plain Blood Red Saree Ahead of Diwali 2019.

Post their exit, the show went in for a leap and Gaurav Chopra was announced as a new entry. The makers had hoped that the new entrant and the change in the show's storyline would help them bag some good TRPs, however, when it refused to score any good numbers, they finally decided to pull down the curtains. Confirming the show's end, Surbhi in her interaction said, "We were hoping that the show would go on for at least a year, but I guess the audience could not connect with it. However, I am happy that after playing a bubbly girl in Ishqbaaz, I got to play a doctor and do something completely different. It was a learning experience for me.” Sanjivani 2 Actress Surbhi Chandna Looks Surreal in Her Latest Instagram Post (View Pic).

Gaurav Chopra also confirmed the sad news by saying, "We thought that the change in storyline and characters would result in an extension, but that did not happen. With so many platforms offering finite shows, it’s not surprising if a TV show, too, wraps up in four to six months.” The actress' fan base is currently crying buckets and they're anxiously waiting for her new announcement. Hopefully, she'll return very soon.

(The above story first appeared on LatestLY on Feb 18, 2020 09:15 AM IST. For more news and updates on politics, world, sports, entertainment and lifestyle, log on to our website latestly.com).