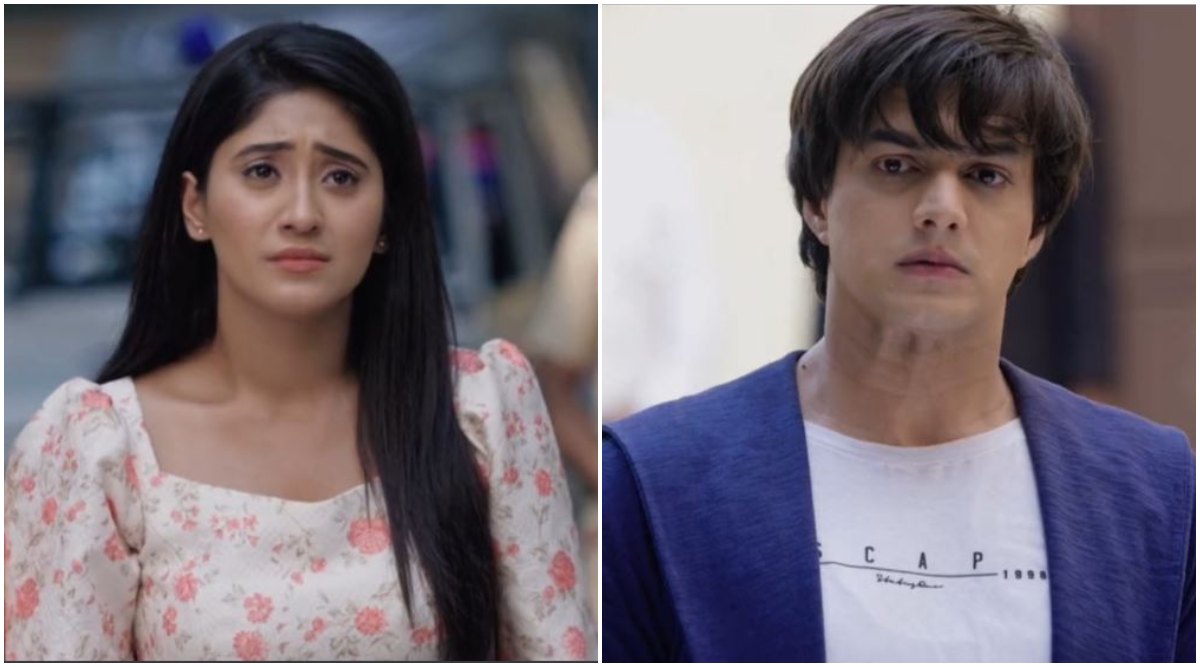 In yesterday’s episode of Yeh Rishta Kya Kehlata Hai  Kartik and Naira spend some romantic time with each other on the eve of their wedding anniversary. Luv, Kush and Abhishek go to the hospital when they come to know that Trisha’s health is getting better. In tonight’s episode, we see the nurse comes and tells Naira (Shivangi Joshi) and Kartik (Mohsin Khan) that Trisha is stable now.  Naira gets happy meeting Trisha. She cries and asks Trisha to speak something. Naira tells that she will not leave the culprit who did wrong with her. Tears roll down from Trisha’s eye. Yeh Rishta Kya Kehlata Hai February 6, 2020, Written Update Full Episode: Kartik and Naira’s Romantic Anniversary Turns Tragic as Trisha’s Health Deteriorates.

Naira cries and worries for Trisha. Kartik tells Naira that they will take care of Trisha. Here, Goenkas’s talk with each other about Trisha’s mishap. Manish and Akhilesh say they will not spare Trisha’s culprit. Luv and Kush get scared.

Kartik and Naira bring paralyzed Trisha at home. The Goenka’s are shocked to see Trisha. Kartik tells them that it was not safe in the hospital so they brought Trisha home to take care of her. Luv and Kush get disturbed seeing Trisha at home. Luv and Kush decide to leave the house. Kairav asks Luv and Kush where are they going. Kush says they are going back to the hostel. Luv gets angry when Kairav questions more but Kush politely talks to him and tells that they will be back in their next vacation.

Suhasini, Manish, and others oppose Kartik and Naira’s decision for bringing Trisha home. Kartik tells that they should see Trisha’s condition and that he cannot leave her alone. Naira tells that Trisha needs them now as she is not well. Surekha worries for Luv and Kush. Kaira argues and Suhasini says whatever they want to do they can and tells all not to talk about this and support Kartik and Naira.

Later, Akhilesh is shocked to know that Luv and Kush are leaving. Luv says they have to go as their extra classes will start soon. Surekha thinks it is good as Luv and Kush will be away from home.  Suhasini calls Naksh so that he can make Naira and Kartik understand that they should shift Trisha from the house. Naksh tells them he will talk to Naira.

In the precap, Naira tells she has one way by which they will come to know about the culprit. Naira tells Kartik to show the alphabet one by one to Trisha and tells her to show some signs if the person is of that alphabet.