Vikram Gokhale Slams Congress’ Sonia and Rahul Gandhi on Veer Savarkar, Says ‘Have No Right to Comment on Freedom Fighter As They Are Unaware’ 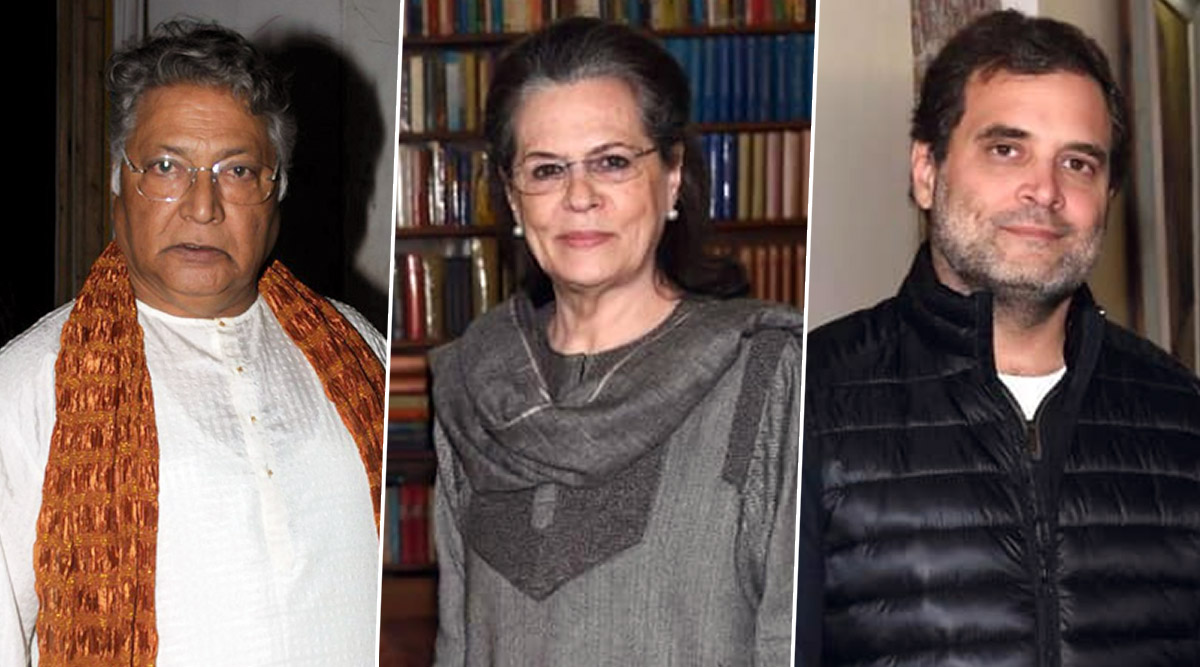 Actor Vikram Gokhale criticised Sonia Gandhi and Rahul on their stand on freedom fighter Vinayak Damodar Savarkar and said that Congress leaders who are not aware of Savarkar should not make any comment. While targeting at Sonia Gandhi, he stated, "I just don't care for her. What she knows about Savarkar? What has she read about Savarkar? She doesn't have any right to make any comment about him..."Gokhale also said, " What Rahul Gandhi knows about Savarkar?" Chhapaak Director Meghna Gulzar On Deepika Padukone’s JNU Visit: ‘We Have To Be Able To Separate Between The Personal And Professional’.

Expressing his views on Veer Savarkar, Gokhale said, "I am a Savarkar devotee, and an ardent fan of his poems and people who don't know what Savarkar is, they have no right to make any comment about him."He further said, "Savarkar was not God, he was a human being. Why do you expect Savarkar, Gandhi to be God, why? They were also human beings they can also make mistakes."While elaborating about Savarkar's Hindutva policy, he said, "Why do not Brahmins want a reservation for every caste? We do not want whatever we can achieve on the basis of whatever little wisdom we have, even if we will be begging for life, but we do not want a reservation. Kangana Ranaut on JNU Violence: Don’t Make It a National Issue.

"This comes in the backdrop of Savarkar's grandson Ranjit Savarkar's disappointment over the distribution of a booklet titled 'Veer Savarkar Kitne Veer?' during 10-day camp of Congress Seva Dal. The booklet gave a reference citing page 423 the 'Freedom at Midnight' book written by Larry Collins and Dominique Lapierre, which states that Godse had a homosexual relationship with his "political guru" Savarkar before the former turned celibate. The booklet also claimed that Savarkar encouraged his followers to rape women from minorities and pelted stones at mosques when he was 12 years old.