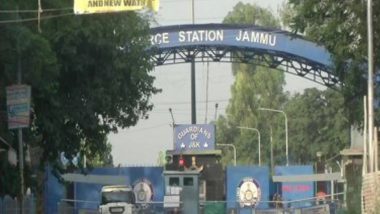 "Immediately, high alert was sounded and Quick Reaction Teams engaged them with firing.

"Both the Drones flew away. A major threat thwarted by the alertness and proactive approach of troops. The security forces are on high alert and the search operation is in progress."

Monday's detection of drone activity followed Sunday's low intensity blasts at Air Force Station Jammu in which two troopers sustained injuries and minor damage was caused to a single-storey office building away from a helicopter hangar.

The investigation into this attack is being carried out by a team of the NIA that reached Jammu on Sunday.

(The above story first appeared on LatestLY on Jun 28, 2021 01:20 PM IST. For more news and updates on politics, world, sports, entertainment and lifestyle, log on to our website latestly.com).