GST on Ingredients Used to Make Langars in Gurudwaras to Be Waived Off, Punjab Minister Harsimrat Kaur Requests PM Modi

The share of GST on purchases of ingredients for ‘langar’ in the Golden Temple was in a 50:50 ratio for the Centre and the state. But as state government waived GST, now Harsimrat Kaur is pressing Narendra Modi's central government to do the same. 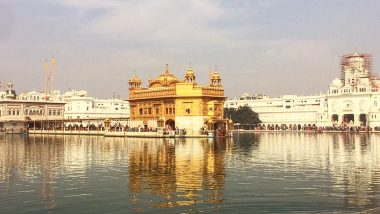 In March this year, the Punjab State government removed the food items used for langar at Golden Temple, Amritsar from the ambit of GST. It must be noted that ‘Langar' is a community meal — the service offered by all Sikh shrines across the country, including the Golden Temple at Amritsar.

People from all over the world come to seek blessing and eat the langar food, keeping aside his and her wealthy status. People belonging to a wealthy financial background or poor eat the langar food as they assume it a 'prasad'. Every day for lakhs of people the gurudwaras cook meals in these community-run free kitchen.

As per earlier reports, the Lucknow Gurudwara Pabandhak Committee (LGPC) President Rajendra Singh Bagga in a press conference alleged that this is for the first time in the 450 year history of the Gurudwaras that GST levied on ‘langar’ service. Therefore, he urged the government for immediate withdrawal of the GST on free meal services. Also claimed it as an “unfair” move.

Meanwhile, Former Uttar Pradesh minister and MLC Balwant Singh Ramoowalia supported him and said the Sikh society was highly agitated over the decision to impose GST on ‘langar’. He claimed that until December 31, 2017, the Centre had collected Rs 2 crore from the Gurudwaras.

Currently, procurement for langar food products like desi ghee, milk powder, oil, sugar, cylinder and many other items, attract GST of up to 18 percent. While the share of GST on purchases of ingredients for ‘langar’ in the Golden Temple was in a 50:50 ratio for the Centre and the state. But as state government waived GST, now Kaur is pressing before Narendra Modi's central government to do the same. She also earlier wrote a letter to Union Finance Minister Arun Jaitley with the same demand.

Under the new GST Act, there is a provision for an exemption to institutions and businesses doing social work on the recommendation of the GST Council.

(The above story first appeared on LatestLY on May 03, 2018 01:26 PM IST. For more news and updates on politics, world, sports, entertainment and lifestyle, log on to our website latestly.com).