How To Vote on EVM and Verify on VVPAT; Here Is Your Step by Step Guide to Vote in Delhi Assembly Elections 2020 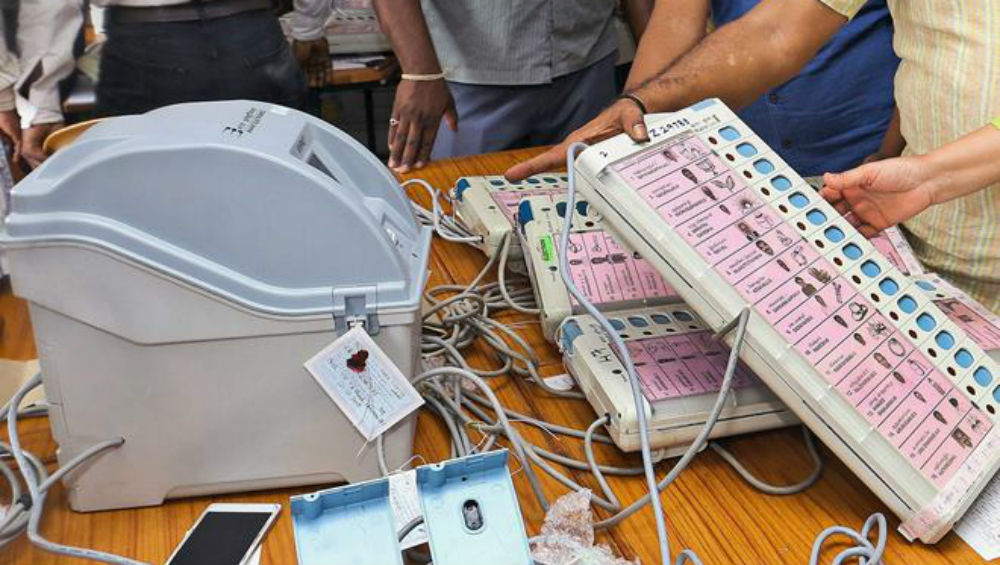 New Delhi, February 7: The much-awaited 2020 elections for the 70-member Delhi assembly will be held on Saturday, February 7. The counting of votes and results will be announced on February 11. The upcoming poll is a fierce battle Arvind Kejriwal-led Aam Aadmi Party, the Bharatiya Janata Party and the Indian National Congress. With voting just a day away, it becomes important for the elector to know how they should cast their votes. Delhi Assembly Elections 2020: Hits And Misses of Arvind Kejriwal's Aam Aadmi Party.

An individual willing to cast vote needs to know that an Electors Photo Identity Card (EPIC) or the Voter's Id issued by the Election Commission of India is mandatory for eligible voters. Voter Identification Card is a compulsory document for the verification process before casting vote. Here Are Answers to Most FAQs on Delhi Assembly Elections 2020.

Here's How to Cast Your Vote Using EVM?

How Does the VVPAT Work?

The high-pitched election campaigning in Delhi concluded on Thursday, February 6. The campaign saw BJP biggies camping in the national capital while Chief Minister Arvind Kejriwal led the baton for the Aam Aadmi Party (AAP). The Congress campaign was much more muted compared to other rivals.