List of Bank Holidays During March 2018 Year Ending: Calm Down as Banks Are Not Shut for 5 Consecutive Days!

Such hoax messages often spread on social media like wildfire. However, with the clarification, it is clear that the banks will not get a 5-day hiatus in the otherwise busy financial year-ending. 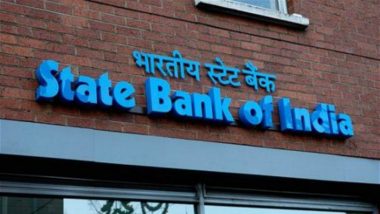 If you have heard that the bank offices will remain shut for five consecutive days in the next week, owing to different festivals and year holidays, then you have heard it wrong! The banks are not going to remain closed for five straight days in the last week of March as rumours are recently suggesting.

There are messages being circulated on social media – Facebook & Twitter – and several other messaging apps – WhatsApp, Messenger, Hike – that the banks will remain closed from Thursday to Monday, i.e. March 29 to April 2; are nothing but a hoax. The truth here is otherwise!

General Secretary of the All India Bank Officers Confederation, D. Thomas Franco Rajendra Dev said, “The banks will work on March 31 (Saturday) and there are no continuous holidays as per messages in the social media." It was also clarified that the banks will remain closed on Thursday (March 29) and Friday (March 30), on account of Mahavir Jayanti and Good Friday respectively.

Such hoax messages often spread on social media like wildfire. However, now with the clarification from the All India Bank Officers Confederation official, has put enough light on the issue and it is clear that the banks will not get a 5-day hiatus in the otherwise busy financial year-ending.

(The above story first appeared on LatestLY on Mar 26, 2018 12:31 PM IST. For more news and updates on politics, world, sports, entertainment and lifestyle, log on to our website latestly.com).