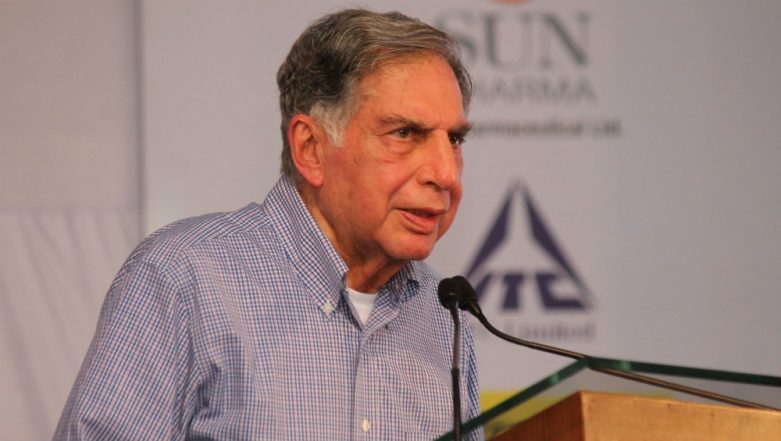 Mumbai, December 18: A local court has issued notices against Tata Sons former chairman Ratan Tata, present chairman N Chandrasekaran and eight directors of the group along with the group chief operating officer in a defamation complaint filed by Wadia group chairman Nusli Wadia. The notices were issued by the Esplanade court of Additional Chief Metropolitan Magistrate MI Lokwani last Saturday and posted the matter for further hearing on March 25, 2019.

Wadia filed the complaint in 2016 after he was voted out of some of the group companies, where he was a board member, claiming that Tata and the others had made defamatory statements against him after they removed Cyrus Mistry on October 24, 2016 as the group chairman of Tata Sons. Wadia was on the boards of group companies like Indian Hotels Company that runs the Taj group of hotels, TCS, Tata Motors and Tata Steel among others as an independent director. He was voted out by shareholders at the specially convened general meeting between December 2016 and February 2017. JRD Tata's Secretary for Over 15 Years Remembers the Businessman, Says Serving Him Was a 'Privilege'.

Wadia's counsel Abad Ponda informed a metropolitan magistrate court that the accused persons had alleged that Wadia was acting in concert with Mistry, and thus against the interests of the Tata group as a whole. Wadia in his complaint claimed that he approached the court as he was not satisfied with the explanations the respondents had given him following his letters to them and his complaint seeks to initiate defamation proceedings against them under section 500 of IPC.

Meanwhile, a Tata Sons spokesperson said all due processes were followed in relation to Nusli Wadia's removal as independent director. "Tata Sons had, in exercise of its statutory rights, validly issued a 'Special Notice' seeking his removal. While Wadia has alleged that the contents of the Special Notice were defamatory, the matter is currently sub judice and Tata Sons strongly denies such allegations," the statement said.