Petrol and Diesel Prices in India on February 8, 2020; Check Rates in Mumbai, Delhi and Other Metro Cities 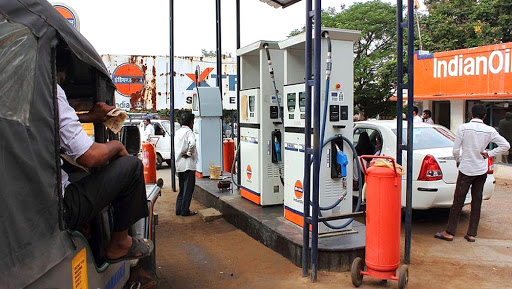 New Delhi, February 8: Fuel prices In India continued to witness a downward trend and dropped even more on Saturday. According to the official website of Indian Oil Corporation (IOC), the price of petrol was cut by 24 paise and that of diesel by 27 paise on Saturday across all major cities in India. In what is believed to be a major relief for customers, the retail pump price of petrol on Saturday was Rs 78.11 per litre in Mumbai, Rs 72.45 per litre in Delhi, Rs 75.13 per litre in Kolkata and Rs 75.27 per litre in Chennai.

Meanwhile, on Saturday, diesel was priced at Rs 68.57 per litre in Mumbai, at Rs 65.43 per litre in Delhi, Rs 67.79 per litre per Kolkata and Rs 69.10 per litre in Chennai, as per IOC website. The coronavirus outbreak in China has triggered worries about global crude demand over the last few weeks.  According to reports, the international crude oil prices fell over 1 per cent on Friday as Russia said it needed more time before committing to cut output sought by other large producers.

Several factors that closely impact the price of fuel include rupee to US dollar exchange rate, cost of crude oil, global cues and international crude oil prices gain. The domestic petrol and diesel prices are reviewed by oil marketing companies each day. Since June 2017, fuel prices in India are revised daily at 6 am on a daily basis. Before this prices were revised every fortnight.