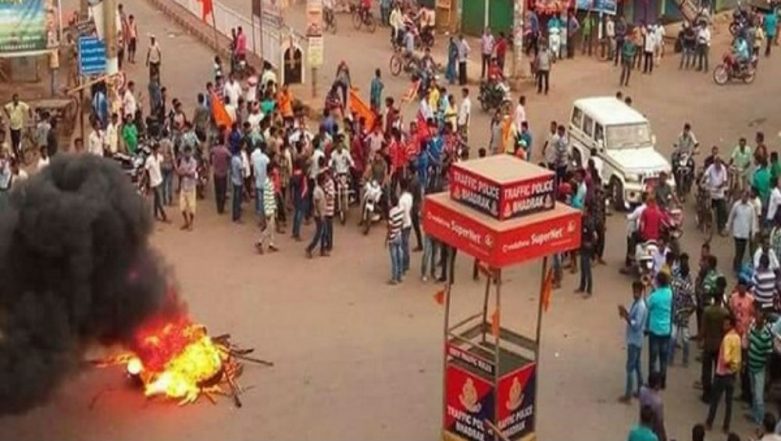 At least 21 platoons of armed police force have already been deployed in and around the town. Shop keepers are advised to close their establishments after 9 pm, an official said, adding, the district administration has also urged people to not use social media to make religious comments. The administration has denied permission for holding rallies in the town.

Bhadrak SP Anup Sahu said the prohibitory order under 144 of CrPC and other restrictions will continue still further announcement. The three-day Ram Navami utsav will start from March 24 at Gandhipadia here.

What Are Prohibitory Orders?

2. Prohibitory Orders are issued by CP/DM  or competent authorities

3. Prohibitory orders are valid for a term of 15 days. It can be renewed by the authorities.

a) assembly of 4 or more people at a given place and given time.

b) Processions of any kind, any nature.

c) Use of loudspeakers, amplifying instruments, musical band and bursting of crackers or any medium through which a large audience can be reached at that point of time is banned.

d) Carrying of arms, cudgels, sticks or lathis, swords, spears, knives, unlicensed guns or any other articles capable of being used for causing physical harm or violence or hurting police and security of civilians and police is banned.

5. If prohibitory orders are breached, legal action under penal court is applicable.

Last year, there were communal clashes in Bhadrak and hence the police administration and political establishment has decided to impose prohibitory orders to avoid the recurrence of any such incident again in the locality. (With Agency Inputs)