Due to the bad weather condition, they were unable to contact the authority for help. However, with the help of an SOS, they signalled the 50th Battalion of the ITBP for help 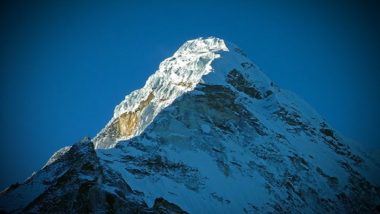 Uttarakhand, June 15: Twenty-two trekkers who had gone missing two days ago were tracked and rescued by the Indo-Tibetan Border Police (ITBP) on Friday. The troop of trekkers was stranded at Barshu La pass - between Uttarakhand and Himachal Pradesh. Due to the bad weather conditions, they were unable to contact the authorities for help. However, with the help of an SOS, they signalled the 50th Battalion of the ITBP and the rescue teams were immediately pressed into action.

According to reports, the search and rescue operation was a difficult task as the route was covered with snow. Also, one trekker is believed to have died but there is no official confirmation on this yet.

The team, led by a private trekking agency, consisted of 12 trekkers, a guide and ten porters. They had left from Sankari in Uttarakahand to Har Ki Dun in Sangla, Kinnaur, in Himachal Pradesh earlier this month. The trekkers, based mostly out of Mumbai, were all aged between 30 and 52 years.

(The above story first appeared on LatestLY on Jun 15, 2018 04:08 PM IST. For more news and updates on politics, world, sports, entertainment and lifestyle, log on to our website latestly.com).