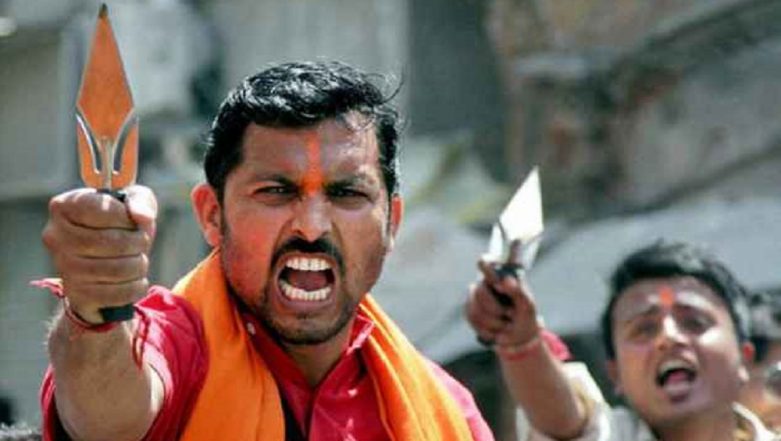 Guwahati, September 6: The Assam unit of Rashtriya Bajrang Dal has called a 12-hour state-wide shutdown on Friday to press its demand for scrapping final NRC list published on 31 August, its president Dinesh Kalita said. The shutdown will begin at 5 am, Kalita said on Thursday. The Rashtriya Bajrang Dal is also demanding the preparation of a fresh citizens register with 1951 as the cut-off year instead of 24 March, 1971 as in the case of NRC, he said in a statement here.

"We demand constitutional safeguards for the indigenous people of the state and granting of Indian citizenship to all Hindus who have come as refugees to the country. We also demand that the names of all excluded indigenous people of the state Be immediately included in the final NRC", he said. "We are committed to ensure a Bangladeshi-free Assam," he added. NRC in Assam: Major Relief For Residents, Government to Hike Time-Limit For Filing Appeals Against Exclusion.

Kalita urged the government to settle Hindu refugees who have come here after 1971 in different parts of the country. He accused NRC State Coordinator, Prateek Hajela of conspiring to include names of several lakh Bangladeshis in the final NRC to make them valid Indian citizens.

Rashtriya Bajrang Dal, he said, has chalked out a series of agitations, like an indefinite hunger strike. It will also submit a memorandum to the governor on their demands. "We will continue with our agitation till the final NRC is scrapped", Kalita added. The Final NRC was released on 31 August with 19,06,657 of the total 3,30,27,661 applicants excluded.