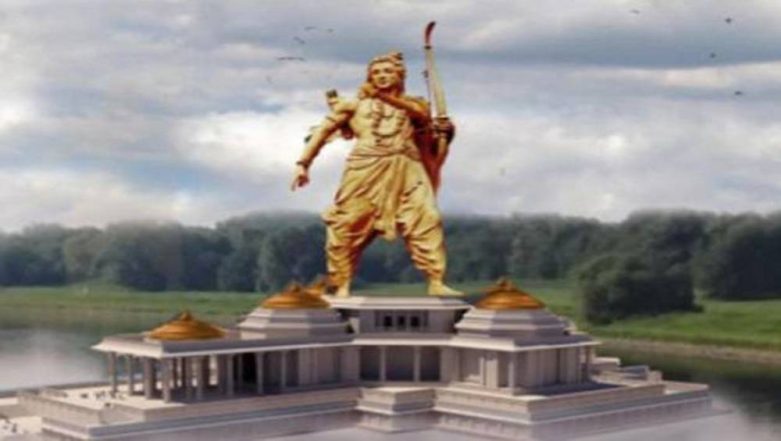 Ayodhya, September 8: In a bid to set aside the apprehensions pertaining to the lineage of Lord Ram, thousands of people belonging to the 'Raghuvanshi community' reached Ayodhya here on Sunday. A total of 5000 members of the Akhand Raghuvanshi Samaj Parishad assembled here to submit a memorandum to the District Magistrate ascertaining themselves as the descendants of Lord Ram.

The member of the said community reached the temple town following an ongoing debate in the Supreme Court over the Ram Janmabhoomi temple issue, in which the Bench had apparently asked whether there were any descendants of Lord Ram in the world. Ayodhya Case: Babri Masjid Was Not Built by Mughal Emperor Babur or in 1528, Claim Hindu Parties Before Supreme Court.

Hailing from Madhya Pradesh, National vice president of the organisation, Kuldeep Singh Patel said, "Our people are deeply upset as this question has hurt our sentiments. We belong to the Raghuvanshi clan and this matter is no more a party issue, it only concerns people of our clan. Therefore, we request the apex court to make a speedy decision in the matter so that the Ram Mandir can come into existence."

A five-judge constitution bench headed by Chief Justice of India Ranjan Gogoi and including Justices D Y Chandrachud, S A Bobde, Ashok Bhushan and S A Abdul Nazeer, is conducting a day-to-day hearing in the Ayodhya title dispute case after the mediation panel had failed to achieve an amicable settlement. The apex court is hearing appeals against the September 30, 2010 verdict of the Allahabad High Court in the case.