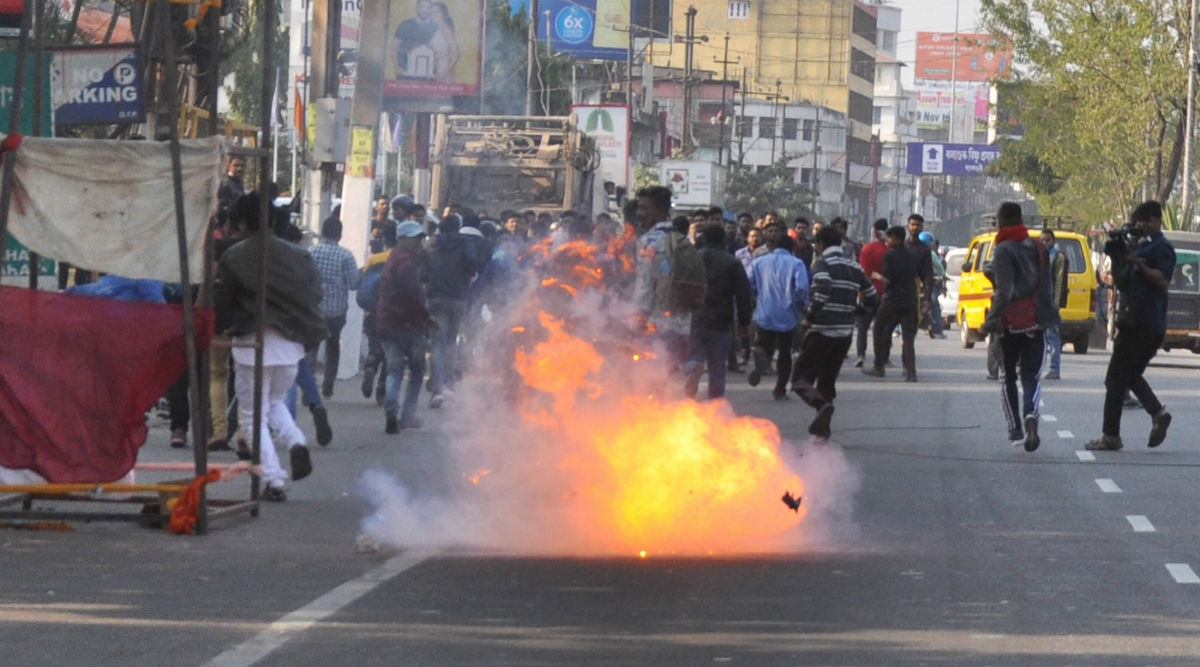 Protests broke out in several parts of Assam on the day the Citizenship (Amendment) Bill was being hotly debated in the Rajya Sabha after its passage by the Lok Sabha. The Citizenship (Amendment) Bill, 2019, which has already been approved by Lok Sabha, proposes to give citizenship to Hindus, Christians, Parsis, Jains, Buddhists and Sikhs facing religious persecution in Pakistan, Bangladesh and Afghanistan.

Tens of thousands of agitators hit the streets, clashing with police and plunging the state into chaos of a magnitude unseen since the violent six-year movement by students that ended with the signing of the Assam accord. Police fired tear gas shells and baton-charged protesters. Mobile internet services have been suspended in Lakhimpur, Tinsukia, Dhemaji, Dibrugarh, Charaideo, Sivasagar, Jorhat, Golaghat, Kamrup (Metro) and Kamrup districts of Assam.

Due to the violent protests by the residents over CAB 2019, Assam Chief Minister Sarbananda Sonowal was stuck at Guwahati airport, the CMO informed. One column of the Indian Army was on standby in the state.