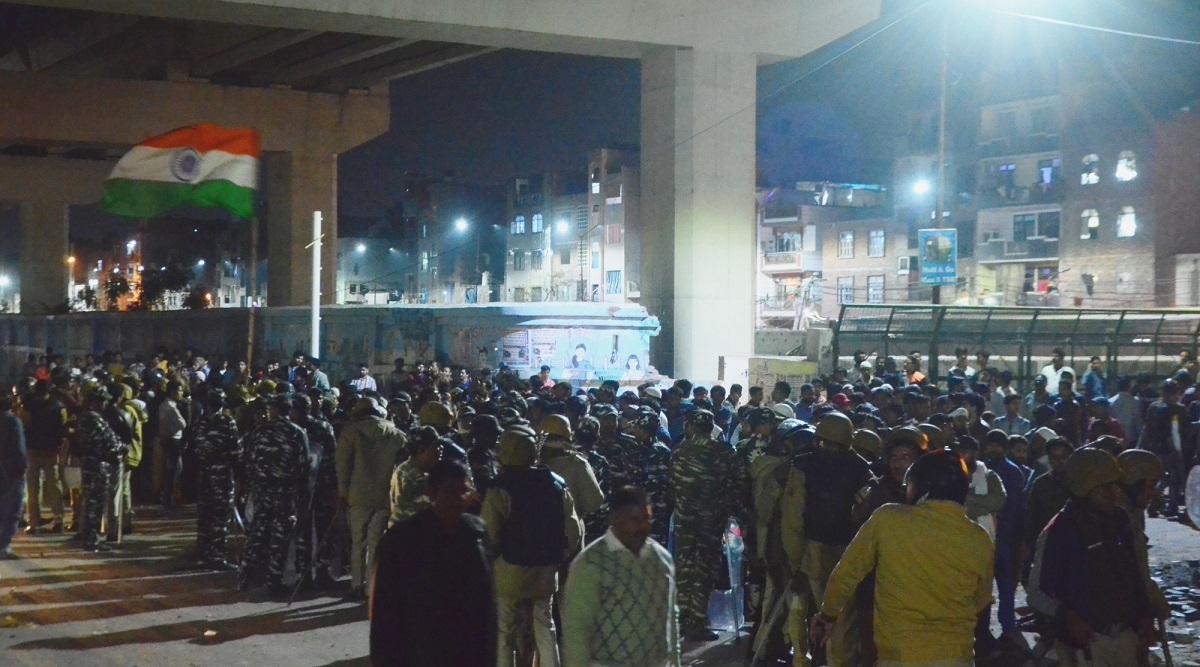 Security beefed up at Maujpur as a precautionary measure. (Photo Credits: IANS)

New Delhi, February 24: At least four people including a Delhi police head constable lost their lives on Monday in the violence that erupted in North East Delhi. The head police constable has been identified as Ratan Lal. Meanwhile, the identity of the three civilians is yet to be ascertained. As per Delhi police, ten cops were also injured in the violent clashes between the pro and anti-Citizenship Amendment Act (CAA) groups in North East Delhi. Delhi Violence: Holiday Declared in Schools For Tomorrow in North East District, CBSE Board Exams To Go As Per Time Table.

The region has been on a boil since Sunday, after a group of anti-CAA protesters decided to stage a Shaheen Bagh-like demonstration in Jaffrabad. The anti-CAA protesters settled down about a km away, at Jaffrabad metro station, while the pro-CAA groups assembled at Maujpur metro station. Other areas of North-East Delhi including Kardampuri, Chand Bagh and Dayalpur also witnessed arson and stone-pelting. Shops and houses were attacked in Gokulpuri, and the surrounding areas and several vehicles were also torched. Delhi Violence: BJP's Kapil Mishra Changes Tone Day After Issuing Ultimatum to Anti-CAA Protesters, Says 'Brotherhood Should Remain Intact'.

Deputy Commissioner of Police (DCP) of Shahdara range, Amit Sharma, was among the injured policemen. A video of a Delhi man opening fire during the clashes at Jaffrabad surfaced on social media. In a couple of videos surfaced online, the man is seen wearing a red t-shirt and jeans and opening fire. The man was later identified as Shahrukh.

The Congress targeted the Bharatiya Janata Party (BJP) for the violence. The grand old Party accused the BJP leaders of giving hate speeches in Delhi. The Congress also alleged that the Delhi police were not taking any action to establish law and order in the national capital territory. The Congress said, "Delhi Police, under Home Ministry, has completely failed to control law and order. BJP leaders have been openly giving hate speeches and threats but no action is being taken."

Meanwhile, Union Minister of State (MoS) for Home Affairs, G Kishan Reddy held the Congress responsible for the violent clashes in North East Delhi. Reddy told reporters, “Rahul Gandhi, the Congress party and those people who are supporting protests against CAA should tell who is responsible for damaging the image of India.” He also raised questions on the timing of the clashes ahead of US President Donald Trump’s visit to India.