Despite being warned many times, the DCP said Akash (19) did not change his behaviour and on Friday stalked the girl right in the presence of her father while returning home after examination. 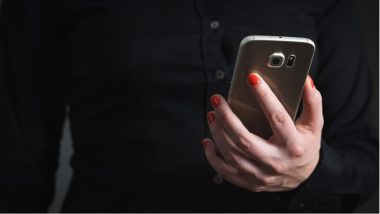 Further elaborating the incident, Mary Prasanthi, deputy commissioner of police (Administration) said the crime occurred near the railway club in Satyanarayana Puram part of the city.

"Both are students, classmates I think and he (Akash) was harassing like anything. She complained to her father about him and he (father) complained to the college principal," said Prasanthi.

Despite being warned many times, the DCP said Akash (19) did not change his behaviour and on Friday stalked the girl right in the presence of her father while returning home after examination. Vexed by Akash's eve teasing, the girl pressed the SOS button on the app, triggering an alert to the police station from the Disha call centre.

"We immediately responded and within six minutes police reached the spot and Akash was taken to the police station and a case was registered against him," said the DCP.

According to the AP police department, the girl triggered the alarm at 12.31 p.m. and the police took the accused ever-teaser under custody by 12.37 p.m. Police registered a case under IPC Sections 354 (D) and 506, however, Askash is not yet produced in a court.

"Disha SOS triggered, eve teaser caught within six minutes: DGP Gautam Sawang commends Vijayawada city police for the trust instilled in public by responding within six minutes of Disha app SOS trigger by 19-year-old girl and taking the accused under custody and filing a case against him," added a police official.

(The above story first appeared on LatestLY on Jul 24, 2021 08:37 PM IST. For more news and updates on politics, world, sports, entertainment and lifestyle, log on to our website latestly.com).