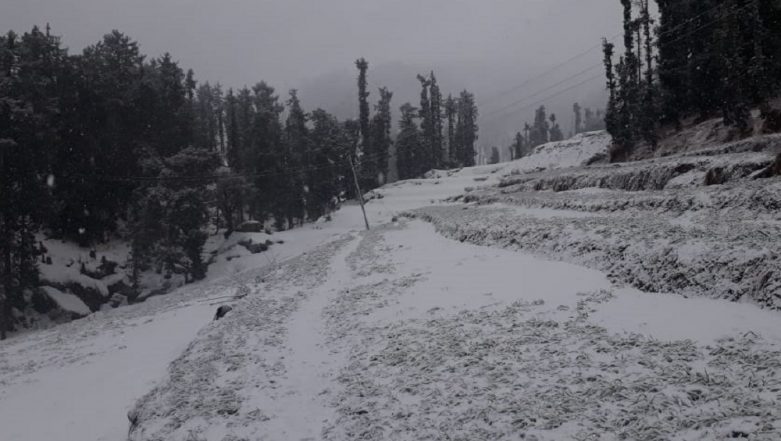 Video of heavy rains and hailstorm in Faridabad:

Heavy rains and hailstorm in Faridabad. You hear that sound? pic.twitter.com/cqi4QeTZ1y

In Jammu and Kashmir, snowfall started on Wednesday morning. In upper areas, heavy snowfall continued till late night all across the valley. However, according to the IMD officials, the weather in the valley was likely to improve from Friday Morning. Due to bad weather and heavy snowfall at Srinagar airport, all flights are cancelled for today. Himachal Pradesh May Witness Heavy Snowfall on February 6-7, Warns IMD; Temperature Likely to Dip in Delhi-NCR.

The IMD also predicted thunderstorm accompanied with hailstorm and gusty winds, at isolated places very likely over Chhattisgarh, Bihar, Jharkhand, West Bengal, Sikkim and North-East states of Arunachal Pradesh and Meghalaya. Meanwhile, areas of Punjab Haryana, Chandigarh, Delhi and West Uttar Pradesh are likely to be covered with dense fog over the next few days.