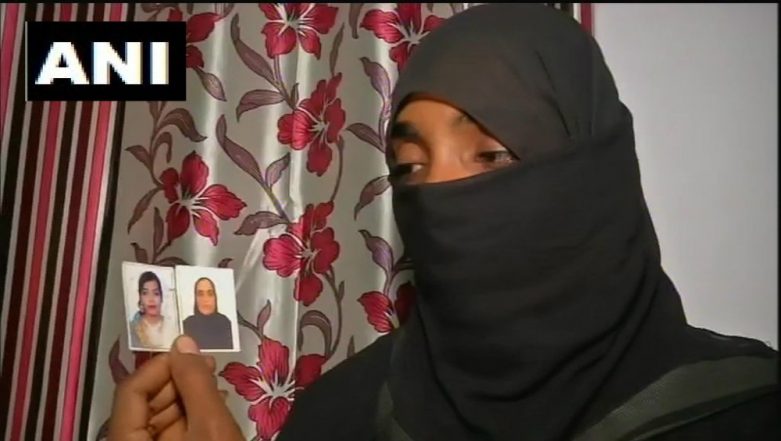 Hyderabad, January 31: A woman from Hyderabad has appealed to External Affairs Minister Sushma Swaraj to rescue her two sisters who she alleged were trafficked to Oman and were being tortured and sexually harassed there.

Naseem Begum speaking to ANI said: “I have two sisters- Asra Begum and Tabassum Begum. Our financial condition is not good. An agent Syed Haji approached my sisters and offered them Housekeeping job in Oman with a salary of Rs. 25,000 per month to each of them.”According to Naseem, her sisters left for Oman on January 1, 2019. She added, “When they reached Oman, they were taken to a remote place Salala.

There was no housekeeping job. The agent in Oman has kept my sisters in his office and locked them inside. The agent is sending them to two-three places in a week and making them work at different residences.” Bigg Boss 12 Contestant Karanvir Bohra Detained at Moscow Airport; Sushma Swaraj Helps Him to Enter Russia.

“The agent is not paying any salary and not providing adequate food and water. They are being tortured, harassed and beaten. The agent is also sexually harassing my sisters. He is not allowing my sisters to contact us,” Naseem said. She alleged that the local police station Kalapathar was not responding to her query.“I would like to request EAM Sushma Swaraj to rescue my two sisters from there and ensure they come back to India,” Naseem said.