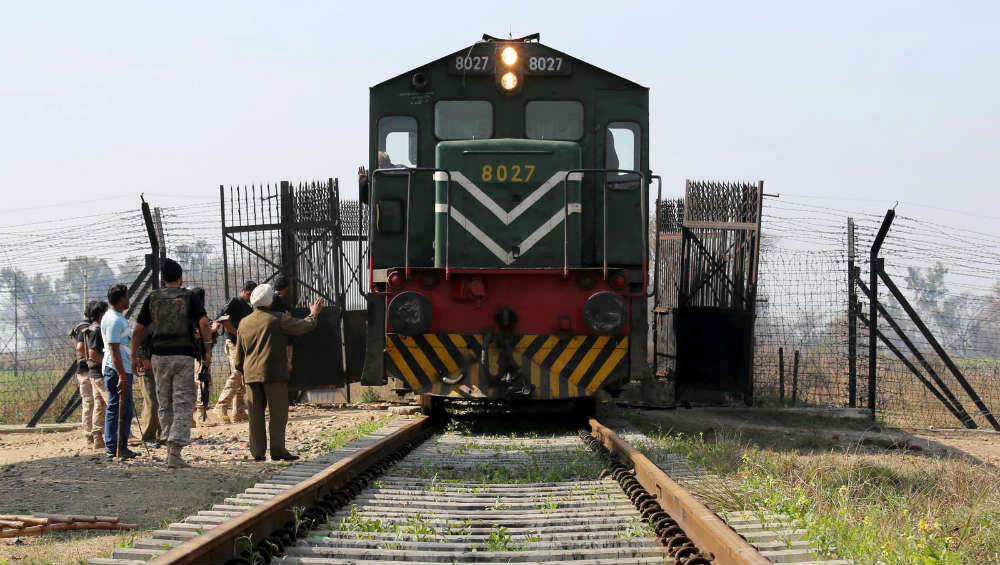 New Delhi, January 14: India has asked Pakistan to return the Samjhauta Express rake lying at Wagah for the past five months, following the suspension of train services due to tense relations between the two countries after nullification of Article 370 in Jammu and Kashmir, officials said on Tuesday. Railway officials said the Ministry of External Affairs has already conveyed the request to Islamabad.

"On our (Railways) request, the MEA has asked Pakistan authorities to return our rake as soon as possible," a senior railway official told PTI. The rakes were last used on August 8, 2019 when Pakistan stopped the Samjhauta Express at the Wagah border leaving nearly 117 passengers stranded, citing security concerns after the nullification of Article 370 in Jammu and Kashmir. Punjab: Pakistani Drone Enters Indian Air Space in Ferozepur, BSF Shoots Down The UAV.

The train, that was scheduled to reach Attari at 12.30 pm finally arrived on the Indian side at 5.15 pm after Indian Railways sent its engine, crew and security to bring the train and its passengers from Wagah border to Attari.

The two countries take turns of six month each to use their rakes for the Samjhauta Express. Rakes belonging to Pakistan are used from January to June while Indian rakes are used from July to December.

Usually, the rakes are returned to the home country the same day or after an overnight stay. This is the first time that a rake was stranded on either side for a period of five months. Samjhauta Express, which started in July 1976 to improve people-to-people connect between the two countries after the Simla Agreement, has been stopped whenever relations between India and Pakistan got strained.

The train named after the Hindi word for "agreement", comprises six sleeper coaches and an AC 3-tier coach. The train service was started on July 22, 1976 under the Simla Agreement that settled the 1971 war between the two nations. Punjab: Multiple Drones Spotted Hovering Over Ferozepur’s Hussainwala Sector, BSF Opens Fire.

Pakistani authorities briefly suspended the train service on February 28, 2019 following tensions in the aftermath of the Pulwama terror attack in which 40 CRPF soldiers were killed. The train operates from Attari twice a week – Mondays and Thursdays.