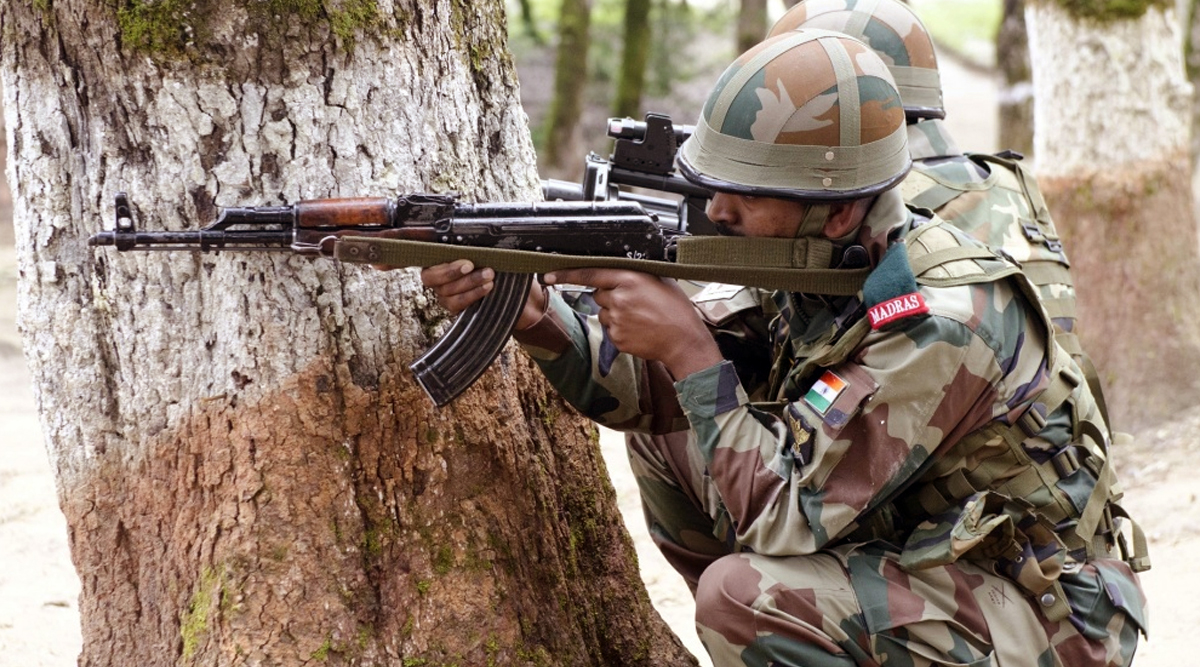 Srinagar, February 19: The Indian Army on Tuesday foiled an infiltration attempt by terrorists from across the Line of Control (LoC). According to reports, the terrorists tried to cross the LoC in the Neelam Valley area in Pakistan-occupied Kashmir. After monitoring the movement of terrorists, Indian Army positions on LoC got alerted and took necessary action to foil the infiltration attempt. However, there were no reports of any casualties. Army Chief General Manoj Mukund Naravane Slams Pakistan, Says 'India Reserves the Right to Pre-Emptively Strike at Sources of Terror Threat'.

The infiltration bid by Pakistan backed terrorists took place at a time when the Chief of Army Staff (COAS) Manoj Mukund Naravane is in Nagrota in Jammu and Kashmir to review the security operations. On Tuesday, the Army Chief visited the headquarters of White Knight Corps and reviewed operational preparedness and prevailing security threats.

Indian Army Sources: Indian Army last night foiled an infiltration attempt by terrorists from across the LoC - Neelam Valley (PoK). Indian army positions on LoC got alerted after monitoring movement of terrorists near LoC & took required action to foil the attempt of infiltration

After assuming the charge as the 28th Army Chief Gen Naravane had given a stern warning to Pakistan to stop using terrorism as a tool of state policy. Speaking to news agency ANI on December 31, General Naravane had said that the Indian Army was aware of ceasefire violations and about the terrorists on the other side in various launchpads waiting to cross over. He also said that the Indian Forces are fully prepared.