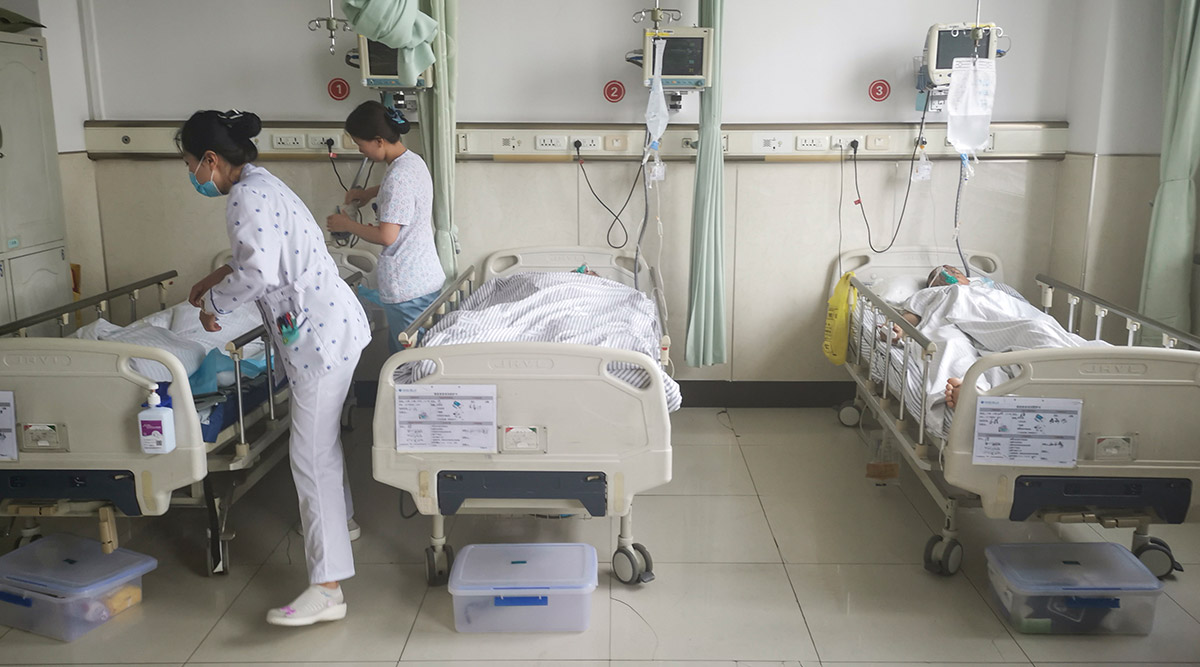 Srinagar, March 26: A woman, who had returned from Europe last week and admitted to a hospital here with symptoms for coronavirus, left the facility for home after stray dogs entered her ward, her family said on Thursday, refuting the administration's claim that she had escaped.

"The claims of the administration that they had tracked her are nothing but lies. We had to take her out of the Chest Disease Hospital at Dalgate at 3 am as there were stray dogs in the ward where she was admitted," a relative of the woman told PTI. He said the woman had cooperated with the authorities ever since she returned home. Insurance Cover of Rs 50 Lakh Each Announced For Doctors, Nurses, Sanitation Workers, Paramedics And All Other Staff Working on The Frontline Amid Coronavirus Outbreak, 20 Lakh Workers to Receive The Benefit.

"She was checked at the airport and asked to go home. We kept her in isolation but she developed some symptoms on Tuesday and we called the COVID helpline. An ambulance arrived and she was taken to the CD hospital where she was admitted," he said.

The relative said the woman called home around 2.30 am on Wednesday night, saying she was scared as several stray dogs had entered the ward.

"We tried to convince her to stay but she was a nervous wreck. Finally, we went to hospital and brought her home," he said.

The family contested the claims of the officials that they had tracked her down.

"We took her to SKIMS hospital on our own in the morning around 8.30 am where she is currently admitted," he added. The family also contested the claims of some doctors at the Chest Disease Hospital that samples were collected from her.

"If they had collected any samples, where are the reports then?" he asked.

The relative said while the government was issuing advisories against revealing the names of those suspected of having the coronavirus, all the details about the woman were leaked to the media.

"You name the locality where she lives and the country she came from. And then expect no one will know who she is. Are they so naive?" he asked. An officer in the cyber crime department urged people not to reveal identity of coronavirus positive cases -- living or dead -- on social media.

The deputy commissioner did not respond to repeated calls to seek his comment on the allegations levelled by the family. The administration claims that more than 150 persons, accused of hiding travel history, have been traced and admitted to various quarantine facilities. Coronavirus Outbreak Live News Updates on March 26.