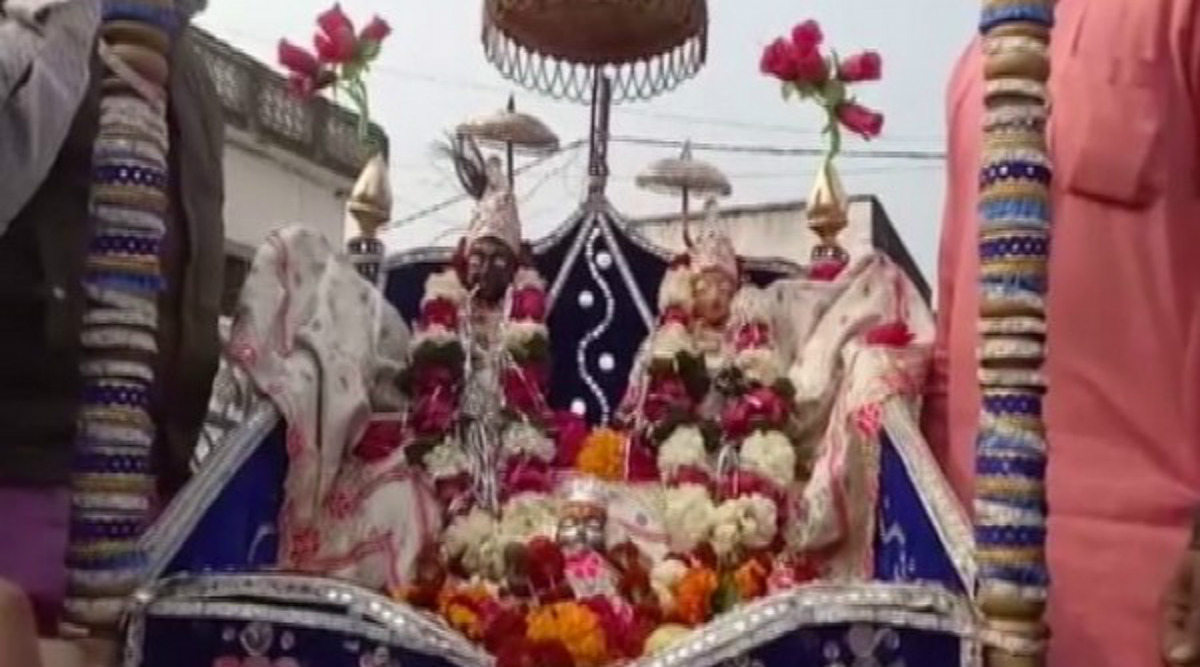 Tikamgarh, January 9: The idols of Lord Krishna and Radha were brought to the Niwari court here in the district on Wednesday as evidence in an 11-year-old theft case. The idols belong to Bankey Bihari Temple near the Prithvipur Fort in Madhya Pradesh. In the court, the magistrate paid obeisance to the idols.

After identification, the Court has ordered that the idols should be kept in the temple. In January 2009, four accused -- Rubbi Sen, Anand Pateriya, Mangal Khangar and Neeraj Khare -- had stolen the idols and valuables from the temple. Seven days after the incident, the police recovered the idols and arrested the accused.

The court had earlier sentenced the accused for 3 years each. However, the accused claimed that they did not steal anything, following which, the court served a notice to the priest of the temple and asked him to bring the idols for evidence."A notice was received from the Niwari court that the idol should appear in the court as evidence in the case.

After this, a grand aarti was performed on Wednesday morning and a large number of devotees joined the procession when the idols were taken to the court. They were taken in a palanquin throughout the city along with fireworks," the priest said.

The locals said that they are upset with the court as the jury themselves didn't went to the temple to see the idols."We are unhappy that God's idols are being taken to the court. The court should have suggested some other way to resolve the case. The thieves should be punished by the court," a local woman said. Vikas Garg, district prosecution officer, said: "The court has ordered to keep the idols in the temple. Taking idols to court was the court's decision. Everything was done in a lawful manner."