Nagpur city in eastern Maharashtra recorded the lowest temperature of the day on Saturday in the last five decades. 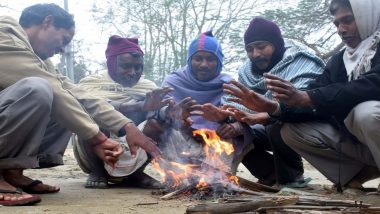 Deputy Director General of Meteorology JR Prasad informed that Nagpur had earlier recorded a minimum temperature of 5 degrees Celsius on 29th December 2014. After that, it was on Saturday, when the temperature dipped to 3.5 degrees.

On the other hand, Delhi has been reeling under severe cold wave conditions with dense fog partially stalling flight and train operations. On Saturday, residents woke up to a chilly morning as mercury dipped to 2.6 degrees Celsius. The Met Department informed that the temperature on Saturday was four notches below the season's average and is believed to be the season's lowest temperature so far.

Meanwhile, Leh and Kargil in Ladakh region of Jammu and Kashmir witnessed the coldest night of the season on Saturday. In Srinagar, residents witnessed the coldest December night in nearly three decades this week when the mercury rise half-a-degree to settle at a low of minus 7.2 degrees Celsius.

(The above story first appeared on LatestLY on Dec 30, 2018 09:58 AM IST. For more news and updates on politics, world, sports, entertainment and lifestyle, log on to our website latestly.com).