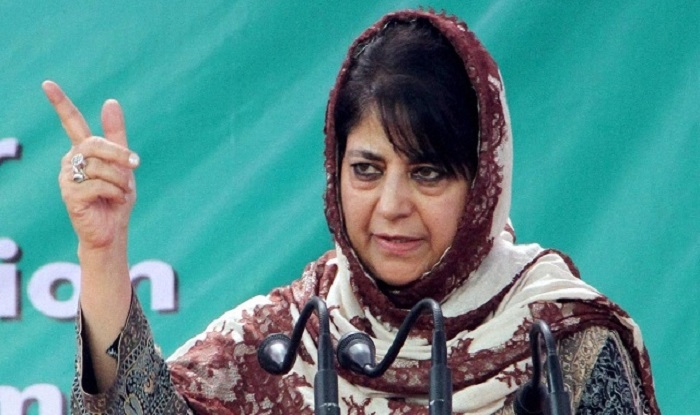 Srinagar, October 12: Peoples Democratic Party (PDP) chief Mehbooba Mufti on Saturday accused the authorities of lying about the ground-reality of Kashmir. "Every statement from the authorities about the situation in Kashmir is a bald-faced lie. The political 'leaders' released now as 'goodwill' gestures were not even 'arrested' in the first place," Mufti tweeted. Mehbooba Mufti Takes a Dig at Supreme Court After Order on Aarey, Says 'Trees Greater than Kashmiri Lives'.

On Thursday, she had questioned heavy deployment of troops in the Kashmir Valley after the abrogation of Article 370 and alleged the Centre of using forces for political mileage. The statement from the last chief minister of Jammu and Kashmir came at a time when the Block Development Council elections are just around the corner in the region.

"A democratic India that always fought for liberty and equality is today being questioned ... Governments will come and go but what about the damage done to the reputation and moral fabric of this country," Mehbooba tweeted on Thursday.

The Block Development Council elections will be held in Jammu and Kashmir on October 24. The counting of the votes will begin at 3 pm on the same day.Notably, these elections are the first electoral process in the region ever since Article 370 was repealed in August.