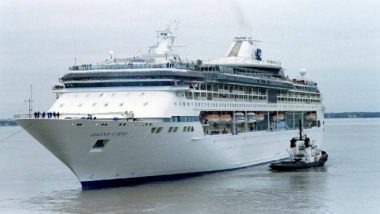 This October, India will get its first cruise service between Mumbai and Goa. The cruise service is all set for its maiden voyage from October, according to media reports. India's first luxury cruise will have its maiden sail on October 1 informed Shipping and Transport Minister Nitin Gadkari.

Minister Gadkari had earlier said that the service would begin from August 1, but it was then announced that the project had been delayed to December. The cruise is said to have a capacity of 500 people.

The shipping ministry is reportedly investing Rs 1,000 crore to construct a cruise terminal. The cruise terminal will be located in the Mumbai port area.

India on a whole has a coastline of 7,500 km of coastline. Global consultants have also been included as part of the plan by the government in order to promote cruise tourism.

The five major ports out of the total 12 that have international cruise ships in India are Mumbai, Goa, Cochin, Chennai and Mangalore. Nitin Gadkari also informed that two floating restaurants are also being planned in Mumbai, but did not mention any specifics about the plan considering date or deadline for the same.

(The above story first appeared on LatestLY on Aug 25, 2018 09:41 PM IST. For more news and updates on politics, world, sports, entertainment and lifestyle, log on to our website latestly.com).