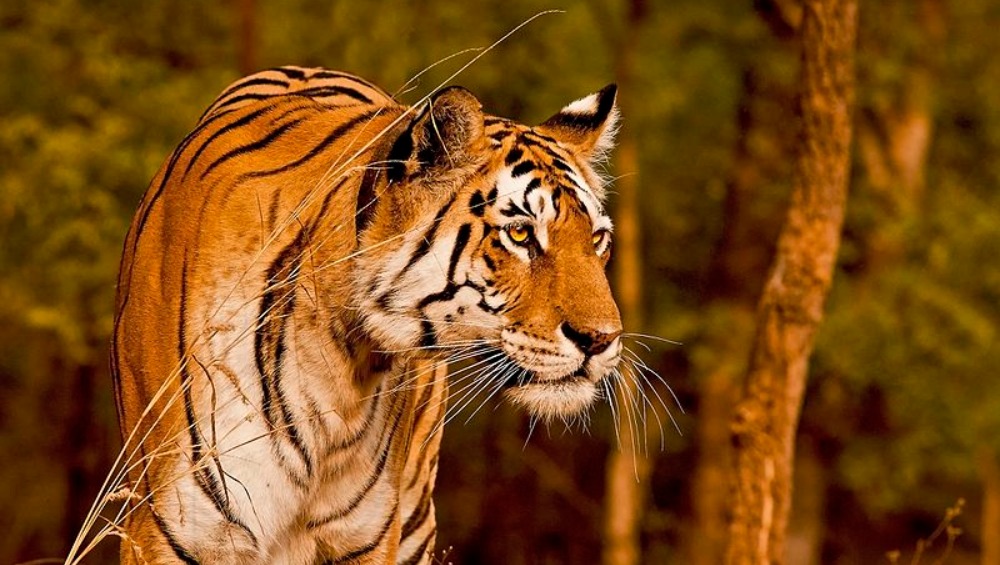 Lucknow, February 20: A partially eaten carcass of a 10-year-old tigress was found in Dudhwa Tiger Reserve in Uttar Pradesh. The carcass was found in the Kattaiya range of the Kishanpur Wildlife Sanctuary by the beat staff that was patrolling the area on Wednesday.

The death was apparently caused due to fighting with another big cat. The flesh around the neck of the tigress was ripped and had canine marks. The pugmarks of a tiger and blood were also found around the carcass. Besides, the claws of the dead tigress also had flesh of another tiger. Tiger Found Dead in Dhaba Village in Maharashtra's Chandrapur District.

Sanjay Pathak, director of Dudhwa Tiger Reserve, said: "We have got the veterinarian and other staff to investigate. We did not disturb the carcass till afternoon so that we could collect enough evidence." said.

He said that the carcass was intact with no organs missing or mutilated. It was found lying inside the jungle in the core area of the reserve. A post-mortem examination report said the feline, aged about 10 years, died of a punctured trachea. Some of its ribs were also fractured.

Pathak said, "We are looking for the other tiger assuming it would be injured too, but have not been able to locate it till now. We will put up camera traps and try to locate it."

The viscera of the dead feline has been sent to the Indian Veterinary Research Institute (IVRI), Bareilly, for further investigation. Toxicological and histopathological reports would throw more light on the cause of the death of the tigress.