VIL resolution professional Anuj Jain said the company has invited bids for all 11 companies under the Videocon group. 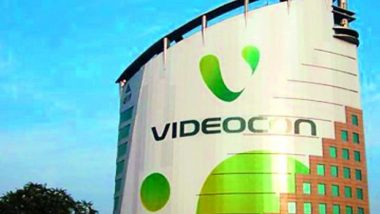 New Delhi, Sept 25: Debt-ridden Videocon Industries Limited has filed for bankruptcy, with resolution professionals of the company assigned to invite bidders under the Insolvency and Bankruptcy Code (IBC).

Facing a debt of Rs 20,000 crores, the National Companies Law Tribunal had declared the Venugopal Dhoot-led company "bankrupt" in June this year. Subsequently, speculations were rife of the company looking towards transferring its ownership. Chanda Kochhar May Face Penalty of Rs 25 Crore If Found Guilty in Videocon Loan Case, SEBI Can't Ask Her to Resign.

VIL resolution professional Anuj Jain said the company has invited bids for all 11 companies under the Videocon group. Earlier in the year, the State Bank of India -- country's largest lender -- had filed for seperate insolvency proceedings against Videocon Industries and Videocon Telecommunications Ltd.

Videocon, once a successful brand known for its consumer durable business, faced a spree of losses after diversifying into oil and fas, DTH and telecom sectors. The company had earlier got rid of the loss-incurring DTH and telecom businesses, by transferring the ownership to Dish TV and Airtel, respectively.

(The above story first appeared on LatestLY on Sep 25, 2018 08:20 PM IST. For more news and updates on politics, world, sports, entertainment and lifestyle, log on to our website latestly.com).