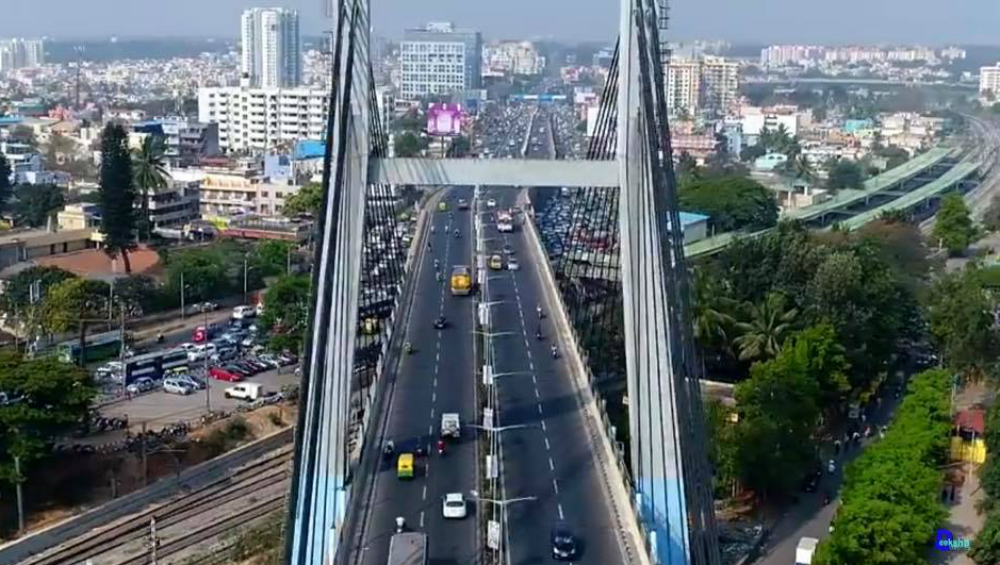 New Delhi, January 19: Hyderabad has emerged as the world's most dynamic city, performing better on parameters like socio-economic and commercial real estate, according to global property consultant JLL India. Seven Indian cities feature in the top 20 in this year's ranking, despite economic slowdown, it added.

Bengaluru has been ranked second, while Chennai is at fifth and Delhi at sixth position in the list of 130 cities across the world. Pune, Kolkata and Mumbai stood at the 12th, 16th and 20th positions, respectively, according to JLL 'City Momentum Index' that combines socio-economic and commercial property metrics to identify the world's most dynamic city economies and real estate markets. Bengaluru Is World’s Most Dynamic City, Hyderabad Ranked Second! Check 2019 List of Top 20 JLL Sixth City Momentum Index.

"Hyderabad has been assessed as the world's most dynamic city from amongst 130 cities across the globe," JLL said in the report.

Hyderabad scores among the highest globally across a range of economic indicators such as GDP growth, retail sales and airport passenger growth.

Last year, Bengaluru was at number one position and Hyderabad ranked second.

"India's fastest growing cities have been drawing a significant level of interest from overseas investors. We are starting to see the benefits of the government's reforms on the infrastructure and policy front. Despite a slowing pace of economic growth, these reforms are bringing more market transparency, which boosts investment into real estate," JLL India CEO and Country Head Ramesh Nair said.

The commercial real estate in south Indian cities is growing at a rapid pace, he added.

"Hyderabad has seen tremendous growth in 2019 in line with that of Bengaluru. The city has actively embraced technology driven economic growth and attracted large tech giants and e-commerce players," Nair said.

The state government's focus on business friendly policies and provision of high quality infrastructure along with the availability of quality talent pool and superior quality business parks has given Hyderabad a competitive edge, he added.

According to the report, Asia Pacific is home to three-fourth of the world's top 20 cities, which are the most dynamic urban centres in the world. The results show a continued shift in global influence from west to east, with Indian, Chinese and Vietnamese cities dominating the top positions.

"India – with seven cities in the top 20, the most of any country – leads the 2020 Index, despite slowdown in the nation's economy," the report said.

Several cities in the top 20 stand out as they transform their urban environments in pursuit of a low-carbon future.

In India, Hyderabad is looking at ways to reduce the demand for air conditioning with cool roofs that reflect sunlight and absorb less heat as one of the solutions.

The growth of "micro-mobility" is another positive step, illustrated by Hyderabad's introduction of smart bikes and rising popularity of electric vehicles.

While Hyderabad and Bengaluru as the top two cities globally for socio-economic momentum, a more active real estate market helped elevate Hyderabad to first position in the overall ranking.

Hyderabad recorded the highest office net absorption in 2019 (as a proportion of existing stock) of any city globally, while it is also among the world's best-performing cities for prime office rental growth.