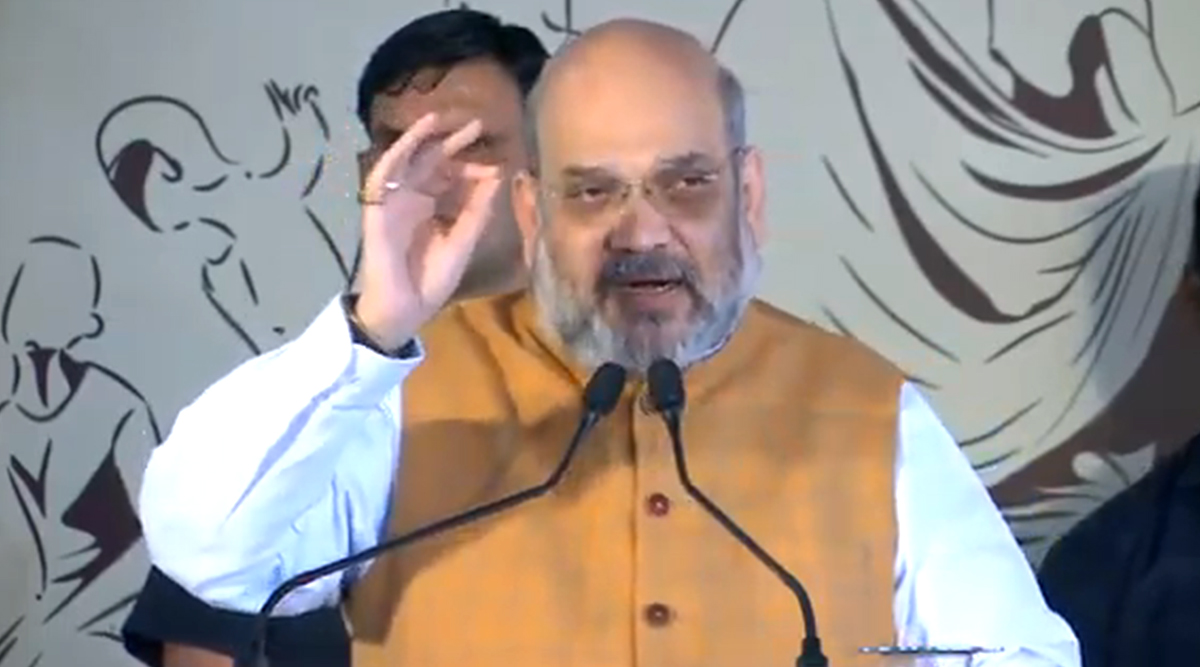 Jabalpur, January 12: Alleging that Congress leader Kapil Sibal had opposed the construction of Ram temple in Ayodhya, Union Home Minister Amit Shah on Sunday said that a magnificent temple would be built within four months. "Kapil Sibal, Congress' advocate, had said that Ram Mandir should not be constructed. Sibal brother, oppose as much as you can. In four months, there will be a magnificent Ram Mandir constructed there," said Shah at a public meeting here.

Shah also launched an attack on the Congress leaders for opposing the Citizenship Amendment Act (CAA) by stating that the promise to grant citizenship to refugees was made by Mahatma Gandhi and added that his government will not stop till the citizenship is given to every non-Muslim refugee from Pakistan, Afghanistan, and Bangladesh. Ram Temple in Ayodhya: Mandir Should Be Built at the Earliest, Says Amit Shah at Rally in Dehradun.

"In July 1947, Mahatma Gandhi had said that the Hindu brothers, who were made to flee from Pakistan and the ones who stayed back should know that India is ready to welcome and support them whenever they decide to arrive," said Shah.

"Rahul Baba, will you not listen even to Mahatma Gandhi. Leave this, because you have left Mahatma Gandhi long back. Your great grandfather, Jawaharlal Nehru had also said that (India) will do everything to provide relief, rehabilitation and citizenship to the refugees from Pakistan, who have come and who will come. Will you not even listen to him," he added.

The Home Minister said that the maximum number of refugees from the three countries were Dalits, who had come seeking refuge in India after facing atrocities in Pakistan, Bangladesh, and Afghanistan.

The Citizenship (Amendment) Act, 2019 grants citizenship to Hindu, Sikh, Jain, Parsi, Buddhist, and Christian refugees from Pakistan, Afghanistan and Bangladesh, who came to India on or before December 31, 2014.