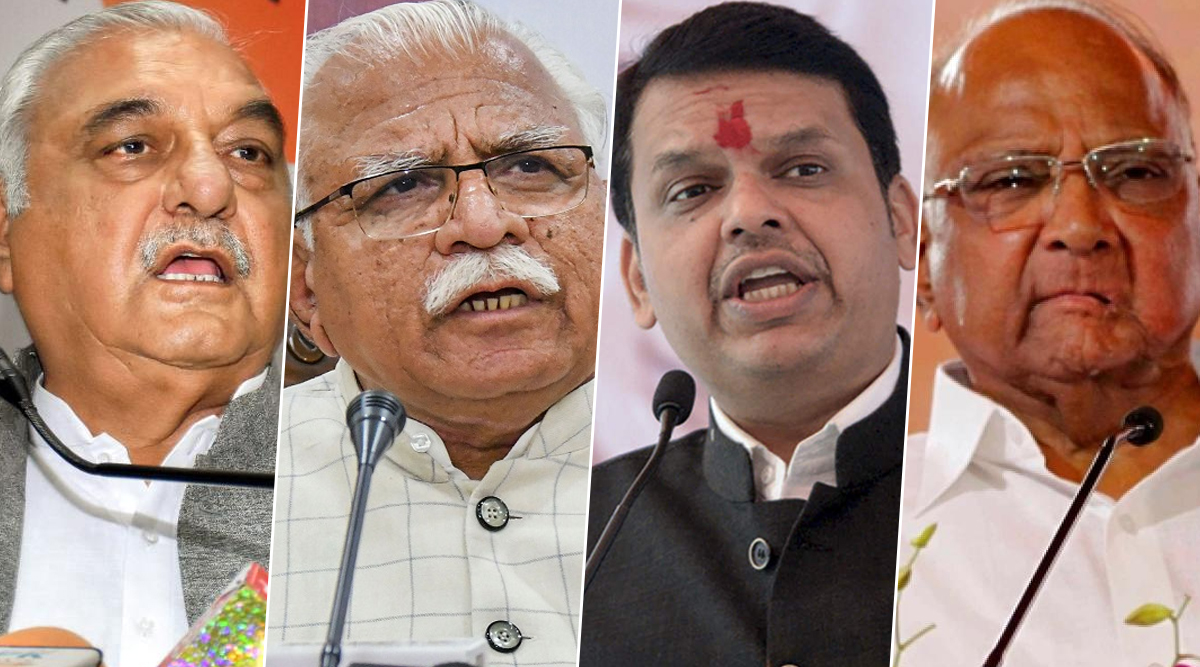 Mumbai, October 24: The counting of votes for the Maharashtra assembly elections 2019 and Haryana Assembly polls 2019 turned out to be an intriguing exercise. While the BJP is set to emerge as the single largest party in Maharashtra, Haryana witnessed a tough fight between the BJP and Congress, with Dushyant Chautala's Jannayak Janta Party (JJP) slated to play the role of kingmaker. Maharashtra Assembly Elections 2019 Results Live News Updates: Devendra Fadnavis Collects Winning Certificate After Winning From Nagpur South.

The BJP on Thursday hailed the verdict in the Maharashtra and Haryana assembly polls as a victory of its development agenda, while the opposition parties termed the outcome as a “moral defeat” for the saffron party, claiming that “jingoism does not work when people are living in misery”.

While Prime Minister Narendra Modi and other senior BJP leaders gave messages of victory and thanked people of both the states, where the party is set to form the government albeit with a reduced majority, opposition party leaders criticised these claims of victory, saying there is a significant drop in BJP’s vote percentage merely four months after its Lok Sabha election win.