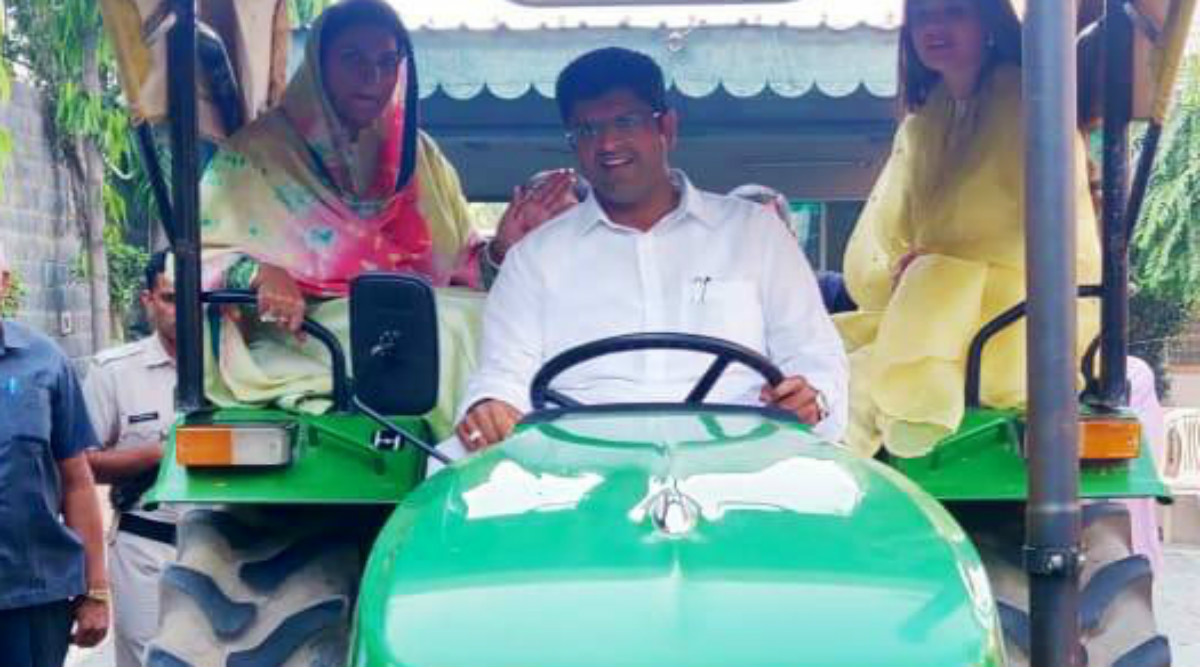 Chandigarh, October 24: Jannayak Janata Party (JJP) leader Dushyant Chautala on Thursday emerged as the kingmaker after the counting of votes made it clear that the Haryana Assembly is headed towards a hung assembly. The fact that Dushyant Chautala will be in 'kingmaker role' and will play an important role in deciding who forms the government in Haryana has got Twitter talking about Chautala. Social media was flooded with funny memes and acknowledment of Chautala as the kingmaker. Haryana Assembly Election Results 2019: Amit Shah Summons Manohar Lal Khattar as BJP, Congress, JJP Contest Turns Cliffhanger.

As per the official trends reported by the Election Commission, the BJP is leading on 38 seats in Haryana, followed by Congress on 30 and JJP on 11 among others. Though JJP is third in terms of number of seats won in Haryana, Chautala's party is sure to play a crucial role in determing who forms the next government in the state. Haryana Assembly Elections Results 2019: Congress State Chief Kumari Selja Meets Ahmed Patel in Delhi, Says 'Will Form Govt' Amid Tight Contest.

Read the Messages and the Funny Memes in the Tweets Below

"He Worked Hard, That's Why He is the kingmaker Today" Said This User

Dushyant Chautala is going to emerge as a kingmaker.@sabr_azad

However, Jannayak Janata Party (JJP) leader Dushyant Chautala on Thursday denied reports of holding discussions with the Congress party regarding the Chief Minister’s post in Haryana. According to reports, the Congress party has reached out to Chautala and offered him Chief Minister’s post. Chautala is keeping his cards close to his chest as he is not revealing which party he will support. It's waiting time for the BJP and Congress in Haryana.