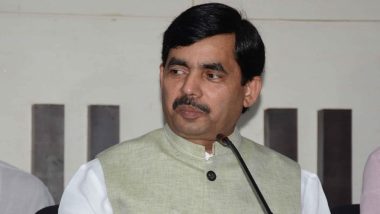 New Delhi, January 16: The BJP on Friday announced the names of six candidates for the member of legislative council (MLC) elections for Uttar Pradesh and one in Bihar. For the only MLC seat in Bihar, the party has given the ticket to former Union minister and present-day spokesperson Syed Shahnawaz Hussain.

National general secretary Arun Singh said the BJP's central election committee has approved the names of candidates for the MLC elections in Uttar Pradesh and Bihar.

(The above story first appeared on LatestLY on Jan 16, 2021 06:17 PM IST. For more news and updates on politics, world, sports, entertainment and lifestyle, log on to our website latestly.com).