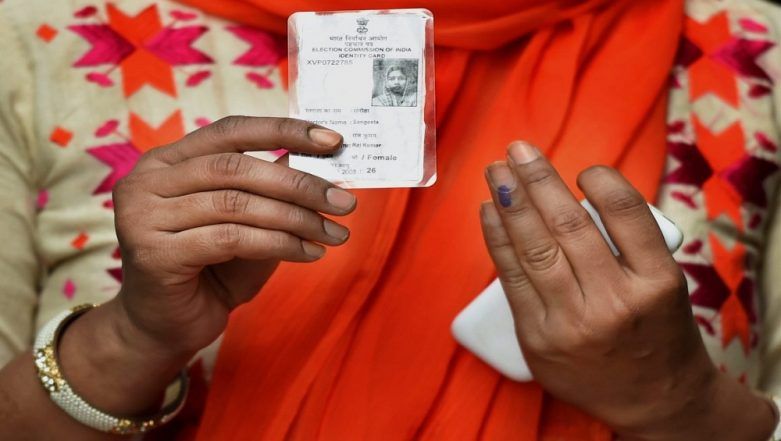 New Delhi, May 12: Nearly 60 per cent polling was registered in the seven Lok Sabha seats in Delhi on Sunday, five per cent lower than in the 2014 general election, the Election Commission of India said.

The voting percentage at 6 pm was 59. 8 per cent and it is likely to rise after details are received from the constituencies, an EC official said. Lok Sabha Elections 2019: AAP Candidate Raghav Chadha Alleges Bogus Voting by BJP Workers in South Delhi, Watch Video.

In 2014 Lok Sabha polls, the turnout was 65.1 per cent, he said. As many as 164 candidates are in the fray, the official said, adding that 1.43 crore voters were eligible to exercise their franchise.