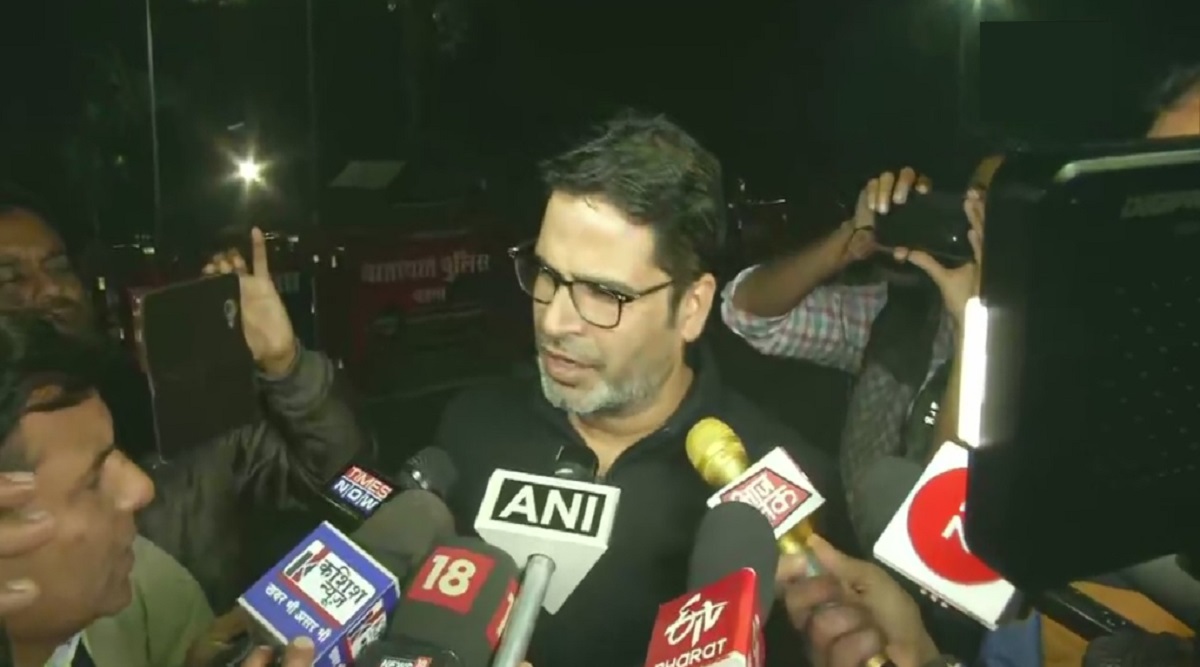 Patna, December 14: Election strategist Prashant Kishor, who is also the vice-president of BJP ally and Bihar-ruling Janata Dal (United), met party president Nitish Kumar on Saturday amid apparent differences between them over the National Register of Citizens (NRC) and the Citizenship Amendment Bill (CAB). Following the meeting, Kishor claimed that Nitish is not in favour of the Centre-proposed NRC exercise. Prashant Kishor Furthers Dissent Against JD(U) For Supporting CAB, Alleges Betrayal of Voters Who Backed Nitish Kumar in 2015.

On the CAB as well, Nitish has expressed his apprehensions, Kishor told reporters. The Bihar Chief Minister does not considers the law as alarming perse, but combined with the NRC, he considers it to be discriminatory, the JD(U) deputy leader added.

"He (Nitish) said that we (JDU) are not in favour of National Register of Citizens (NRC). There is no problem per se with the Citizenship Amendment Act, but it becomes discriminatory when combined with NRC," Kishor said.

On being asked about his personal opinion about the Centre's CAB-NRC project, Kishor said that he is absolutely opposed to it. "My stance on Citizenship Amendment Act is still the same. I have said it publicly, not just for Nitish Kumar but for everyone," he added.

Janata Dal-United (JDU) Vice President Prashant Kishor after meeting Bihar CM in Patna: He said that we are not in favour of National Register of Citizens (NRC). There is no problem per se with #CitizenshipAmendmentAct, but it becomes discriminatory when combined with NRC. https://t.co/0eeFZQ5C3C

Kishor had stoked a row on Wednesday, after he lashed out against the JD(U), his own party, for supporting the CAB in the Rajya Sabha. By extending support to the law, the poll strategist said the party has "betrayed" those who had backed Nitish Kumar in the 2015 assembly elections.

"While supporting the CAB, the JDU leadership should spare a moment for all those who reposed their faith and trust in it in 2015. We must not forget that but for the victory of 2015, the party and its managers wouldn’t have been left with much to cut any deal with anyone," he had said.