Under this system, discounts could be given during the off season, the minister said. 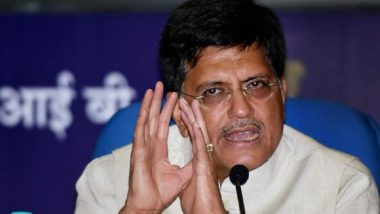 Under this system, discounts could be given during the off season, the minister said. (Image: PTI/File)

New Delhi, Feb 2: The Ministry of Railways is having a rethink on flexi-fares and bringing in a dynamic pricing system that will help increase occupancy and enhance revenues,Railway Minister Piyush Goyal said today.

Replying to questions in the Rajya Sabha, he also said his ministry was planning a major overhaul of the obsolete signalling system currently being used and to introduce latest technology.

During the Question Hour, some members raised questions about the flexi-fares, with BJP member Ram Vichar Netam saying there were times when the prices rose to a quite high level.

In response, Goyal said a committee has submitted areport on how to dynamically price the train tickets whichwould also help improving profits.

Under this system, discounts could be given during the off season, the minister said, adding that the fares would automatically adjust themselves through artificial intelligence, algorithms or technology, to help trains havemore occupancy, thus maximising revenues.

"We have got a detailed report on how to make it adynamic fares from flexi fares which will be decided according to the season and demand and supply...Sometimes the consumer may get tickets at cheap rates and sometimes a bit higher,"he said.

During the discussion, Congress member Jairam Ramesh asked whether the social obligation costs pertaining to the railways would be borne by the government as the Railway Budget and the General Budget have been combined.

Goyal said the railways needed to increase efficiency which will increase its profits and provide resources to meet social obligations.

Referring to the signalling system, he said 100-year old technology was still being used by railways and this obsolete technology was responsible for delays during situations like fog.

"We are looking at transforming the entire signalling system of 1,10,000 plus line kilometers of the railways in the next five to six years," the minister said.

He said the government was looking at ETS II which is the most modern signalling system.

"The moment I can change the signalling system, I candouble the carrying capacity of the railways," he said.

He said once this is done, the railways will be able to meet social obligations by increasing efficiency.

He said the Railways was active in meeting its social duties and added that a train was recently started through insurgency-affected area in Chhattisgarh.

Replying to another question, Goyal said the Railways Were not in losses and several measures were being taken to increase efficiency which will help the Railways to improve its profitability.

"We have not increased fares in last four years,certainly there is stress on the budget of Railways, keeping in view the impact of pay commission," he said.